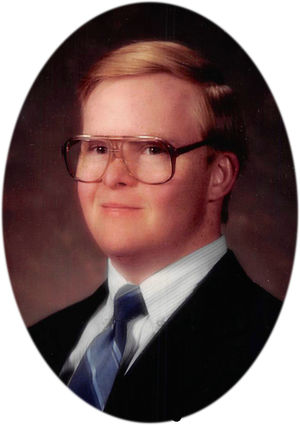 With deepest sorrow, we announce that Matthew Levi Ersland, age 51, passed on the evening of Thursday, Feb. 28, 2019, at the Frances Mahon Deaconess Hospital (FMDH) in Glasgow, Mont.

Funeral service will be in Nashua, Mont., at Our Redeemer Lutheran Church Thursday, March 21, 11 a.m., with a luncheon following with burial in the Nashua Cemetery.

A hug, a handshake, and "My name is Matthew and my birthday is Sept. 3rd" was how most people will remember being greeted by Matthew. He was the son of Levi and Shirley (Kuecks) Ersland.

Matthew was a very sociable person. The first years of his life were spent on the family farm in the Ossettee community where he enjoyed farm life. He enjoyed checking cows with his Dad and when he was taught how to drive the old yellow pickup. After that, he moved on to driving a grain truck on the run while his Dad drove the combine and his Mom tried not to have a heart attack over it.

Matthew attended the Nashua school system for 12 years. During those years, janitor Bob Robbins took Matthew under his wing and taught him some important lessons of life such as the need for a good coffee break.

In 1985, he began working at The Milk River Activity Center in Glasgow. His tasks included sorting, folding, and delivering laundry to FMDH. For a short period of time, he worked as a janitor at U.B.C. Lumber.

Besides work, Matthew had other areas of interest. He was a member of Our Redeemer Lutheran Church and served as an usher. He routinely competed in Special Olympics in multiple events and even attended the International Special Olympics in St. Paul, Minn. He enjoyed doing things with and for his family. He liked going on vacation with his parents and sister Diane. He mowed grass at his family's house as well as at his Granny's. He attended Griz games with his Aunt Nordy. And last but not least, he thoroughly enjoyed making the first pot of coffee every morning.

He was preceded in death by one sister Marcie; grandparents Nels and Borghild Ersland and Henry and Sarah "Sally" Kuecks; three cousins, Rodney Greenwood, Jason Riley and Steven Langseth; and several other family members that he will be enjoying coffee within the hereafter.