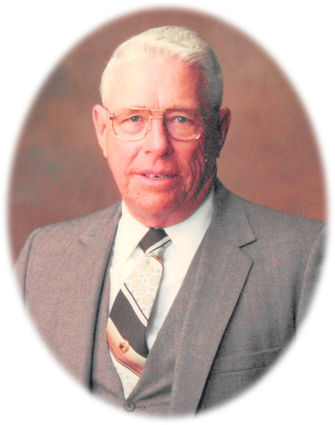 Burial will be 11 a.m. at the Forsyth Cemetery in Forsyth, Mont., with local funeral services at 1 p.m., Thursday, Feb. 28, at the Evangelical Church in Glasgow, Mont., with Seth Runner officiating.

He was born Nov. 7, 1920, on his father's homestead 25 miles south of Flaxville, Mont. In 1942 he joined the United States Army Air Force of Engineers where he built runways in Europe and Africa. After his honorable discharge, he returned and married Roberta in 1945. He went to work for the Great Northern Railway (now known as at the Burlington Northern Santa Fe Railway) in 1947 as a telegraph operator and depot agent in Lambert and Forsyth, Mont. He also had a mechanics shop as a hobby and business. He retired from the railroad in 1981.

In lieu of flowers, memorials can be made to Nemont Manor or the Evangelical Church of Glasgow.