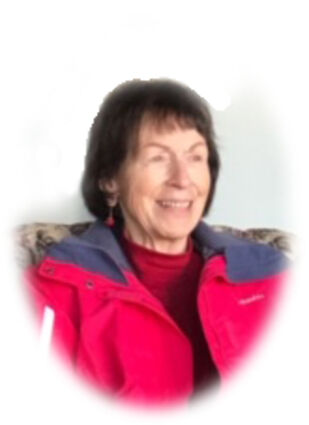 A memorial service is scheduled for 10 a.m., Wednesday, May 22, at Bell Mortuary in Glasgow.

She was born in Klamath Falls, Ore., on Nov. 25, 1939, to Thomas and Anne Fisher. The family moved to Minnesota for a short time before relocating to Nashua, Mont., in 1946. They enjoyed spending time in McCabe visiting grandparents, aunts and uncles where Gloria enjoyed riding horses and playing on the farm. Her parents ran Nashua Dry Cleaners while Gloria attended school in Nashua. Her favorite horse was named Honey and they performed in barrel racing events. She and her family also participated in parades in Glasgow and in the Wolf Point Stampede with their horses and carts.

Gloria worked at the family dry cleaning business delivering dry cleaning to locations as far as Opheim, Glentana and Fort Peck before a fire destroyed the family business. She also worked a mail delivery route north of Nashua. She then worked at Glasgow AFB where she met the love of her life, Leon "Dewey" Doucette. They were married in October of 1967. The family was stationed in Puerto Rico from 1969 to 1973 during which time daughter, Melissa, was born into the family. After serving in Puerto Rico, the family was stationed at Malmstrom AFB in Great Falls and then returned to Nashua in February of 1974.

She loved her community and enjoyed working at Bergie's Ice Cream Parlor, The B & B Market, the Nashua Town Office and the Glasgow Clinic until retirement. She spent her spare time quilting, gardening and assisting at the Nashua Senior Center and hosting '5 O'clocks' with her friends. One of her favorite past-times was sitting on the front deck of her home in Fort Peck and visiting with friends and neighbors. The Fort Peck Theater was near and dear to her heart and she enjoyed attending the many shows and events there over the years.

She is preceded in death by her parents, Thomas Fisher and Anne Schile; and one sister, Carole Jean 'Jeannie' Fisher Schell.

In lieu of flowers, the family welcomes donations to the Fort Peck Theater and St. Jude Children's Hospital.