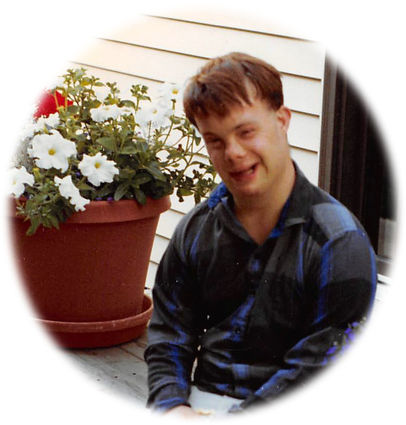 He was born in Glasgow to Melvin and Lois (Shattuck) Larsen on May 4, 1960, joining his brother and sister, Neil and Ruth, and a foster sister, Betty. He grew up in Glasgow and had many loving caregivers and therapists during his formative years.

Donnie attended the Opportunity Room, a privately run school in Glasgow, Eastmont School in Glendive and Nashua Public Schools between 1966 and 1978. He began attending Milk River Activity Center in 1978 and lived in the Milk River (Warren) Group Home from 1978 until his passing.

While living at Warren Group home, his Dad would bring him the Courier every Wednesday and would read the church bulletin to him on Sundays. Donnie loved these visits and the paper that was brought to him, as Donnie loved paper. He also enjoyed talking on the phone, playing with his Hot Wheels car, and was very patriotic, even though he didn’t enjoy fireworks, and he enjoyed going on outings to get a pop or go out to eat.

During his years at Milk River, he participated in Special Olympics. During one event, he was given an award by Governor Marc Racicot, who in turn was given one of Donnie’s famous hugs.

He enjoyed time with his friends and the staff. Donnie had a mischievous spirit and was spontaneous and fun. He was the greeter at the Activity Center for many years and he would meet you with a handshake and a hug.

He was preceded in death by his grandparents; several aunts and uncles; his mother Lois Larsen; and brother Neil Larsen in 2011.

He is survived by his father, Melvin Larsen, of Glasgow; two sisters, Ruth (Lowell) Yaeger, of Owensboro, Ky., and Betty (Varian) Brandt, of Fort Benton, Mont., and numerous aunts, uncles, cousins, nieces, and nephews around the country.