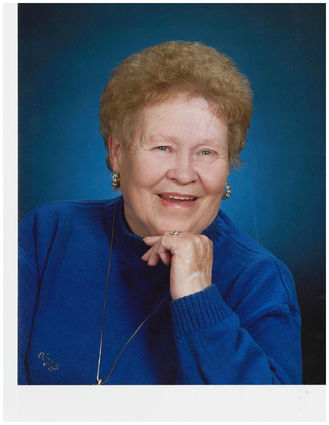 Her final resting place will be at Highland Cemetery in Glasgow, Mont., at a later date.

She was born a twin on July 18, 1932, in Glasgow, to Arden Marshal and Mary Teresa Snyder. Her mother passed away three weeks after their birth. The girls were raised by their grandparents in Glasgow because their father worked for the Anaconda Mining Company in Argentina.

Ardine married Lyle B. Grayson on July 30, 1950, in Glasgow, later divorcing after many years of marriage. They welcomed two children into their marriage: Richard (Mary) Grayson, of Embarrass, Minn., and Kathryn Grayson Tuttle, of Billings, Mont.

She was preceded in death by both parents; her grandmother, Almina L. Snyder; and grandfather Enos J. Snyder.

In lieu of flowers, the family requests donations be made to the Alzheimer's Association – Montana or the activities department at Bella Terra Nursing Home.