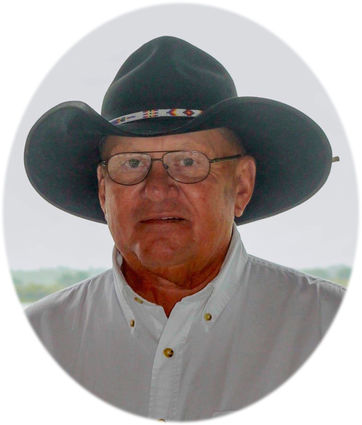 Bill was born June 6, 1948, in Great Falls, Mont., to Mary Evelyn Beauchamp and William Henry Sugg, Sr. Until he was eight years old, Bill was raised by his grandparents, Edward "Shorty" and Annie Beauchamp, near Porcupine Creek on the Fort Peck Indian Reservation.

Bill's grandpa, who worked for the Etchart Ranch, taught him to hunt, fish, and build fences. Bill attended Glasgow Schools, and at age 14, he went to work for Gene and Mitch Etchart and spent his summers out south at the Stone House.

In 1965, at age 17, he enlisted in the Marines and attended basic training at Camp Pendleton in San Diego and then Camp LeJeune in North Carolina. He was deployed to Vietnam in 1967 where he was a Scout Rifleman for the Third Platoon of the Delta Company. Despite being severely wounded in the jaw by an enemy grenade, and having several other puncture wounds throughout his body, Bill continued to fight. He inspired his fellow Marines with his aggressive fighting spirit, inflicting much harm on the enemy, who outnumbered the Delta Company. Under cover of darkness, Bill helped to carry those who were unable to walk and saved several of his fellow Marines. He was awarded the Purple Heart, National Defense Service Medal, Vietnam Service Medal, Vietnam Campaign Medal, Presidential Unit Citation, Meritorious Mast, Marksman Rifle & Pistol Badge, and the Good Conduct Medal. He earned his GED while in the Marines.

In 1972, Bill started working for Tumpane/AVCO Company at the Glasgow Air Force Base as a security patrolman. He was eventually promoted to Desk Sergeant and ultimately to Shift Lieutenant.

On Nov. 30, 1973, Bill and Mary were married at St. Raphael's Church in Glasgow. He patiently tolerated Mary's dedication and involvement in the church and eventually became curious enough to join the RCIA program. With much prayerful support from family and friends, Bill was baptized and received the Sacraments of Initiation in 2013.

He worked for the Bentonite Plant for several years and then for the State Department of Natural Resources and Northern Border Pipeline, where he retired at the young age of 55. In "retirement," he worked part-time for the Farm Service Agency while taking care of his own farm/ranch operation. Bill had a deep love for all livestock, especially his paint horses. Another "retirement" job was the Glasgow Flower & Gift Shop, which he and Mary purchased in 1989. Bill was instrumental in the delivery portion of the Flower Shop operation during the holidays, often making hundreds of deliveries in the area. He knew where everybody lived.

Bill was very active in the VA as a volunteer representative for northeast Montana. He helped many of his fellow servicemen get enrolled in the VA benefits to which they were entitled. He was Post Commander of VFW Post 3107 in 2009-2010. He was always in tune with the happenings at the VFW, whether it was fix-it projects, meetings, or events. Bill was one of the first people to be called whenever anyone needed anything. The Flag Pole Project was one of the things he relentlessly worked to complete. Bill was successful in coordinating and completing the mission to acquire the French Legion of Honor medals for local WWII veterans Lloyd Eide, Kenny Newton and Gordon Olson.

Hunting and fishing with his sons, Ed and Levi, was a huge part of Bill's life. He faithfully followed them in their sporting adventures – whether it was wrestling, football, basketball, or baseball. He spent lots of time in the bleachers. Bill never missed an event that his grandkids were involved in. He was a good Papa to Wyatt, Willow, Walker and Rivers. Horseback riding was an activity enjoyed by the whole family.

Beginning in grade school, Bill cultivated his artistic spirit. He started with pencil and pen then graduated to India ink and sketch pens on paper and wood. For the past several years, his sketches were of wildlife on sun bleached shoulder blade and rib bones from various animals. Bill was extremely generous and gave most of his art work to friends and family members.

He was preceded in death by his grandparents, Shorty and Annie Beauchamp; and his parents, Jack and Mary Sugg.