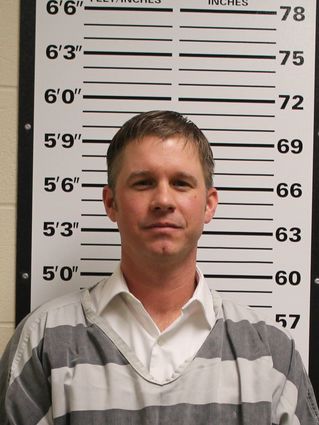 Luke Strommen had a booking photo taken after appearing in District Court in Glasgow on Jan. 14 for the charge of Felony Sexual Intercourse Without Consent. He was released without bond or bail.

As a result of the plea and in light of the new charges, Missoula-based Judge Jon Larson vacated trial dates set in May and will allow both counsels for Strommen and the State of Montana to pursue trial dates in the future, likely to be set over the coming summer.

Strommen is alleged to have had sex with a 14-year-old girl nine years ago in an encounter where he allegedly began touching her in a hotel room in Great Falls before having an ongoing sexual relationship, which according to the victim's statements to investigators went on from the time she was 14 to when she turned 16. That ongoing contact involved over 50 instances of sexual intercourse, many of which occurred in his deputy patrol vehicle at a remote location in Valley County, according to charging documents.

The earlier charge of felony sexual abuse of a child involved a victim with whom Strommen was having a consensual affair with which began when she was 17-years-old (the age of consent in Montana is 16 years old). Strommen was charged in that case because he allegedly solicited and received explicit images of the girl via email while she was still under the age of 18.

On Monday, Strommen, again, was released without bond or bail and instead of tightening conditions of release, Judge Larson appeared to loosen the existing restrictions, allowing Strommen to now pick up and drop off his children from school on school property as long as it is 15 minutes before school starts or 15 minutes after school releases. Those conditions loosened a stipulation that Strommen would drop off and pick up his children at a "safe and convenient location" off of school property.

Strommen was also allowed to keep internet access and have a smart phone. He is court mandated to carry that smart phone with him at all times to serve as an improvised GPS monitor for the court. Strommen will still be allowed to be in the presence of persons under the age of 18 as long as he is supervised by an adult at the time.

Strommen's attorney, Jason Holden of Great Falls, argued that he had been on conditions since October and had not violated any of the terms of release. He also argued that bond would be unnecessary since Strommen had continued to show up for court proceedings in that time and was an unlikely flight risk. He stated bond was, "unnecessary for risk to the community or risk of flight."

Assistant Montana Attorney General David Buchler agreed that Strommen had not yet violated any of his previous conditions, but pointed out that the new charge was more serious and that it demonstrates an "arguable pattern" on the part of Strommen.

"Our position is that this new charge, count two, significantly changes the situation," argued Buchler adding later that the charge meant they were, "starting to see, what the state certainly sees, as an arguable pattern of criminal behavior as it relates to young women."

Buchler pushed for the judge to require both bail and GPS monitoring in the conditions of release, but Judge Larson did not heed any of the state's amended conditions and appeared unmoved by the notion that Strommen represented a potential risk to public safety. In the end, Larson implemented the conditions without strictly clarifying them, ordering the two attorneys to work them out amongst themselves.

In one of Larson's final statements in the exchange he said that he saw, "No reason to implement bond."