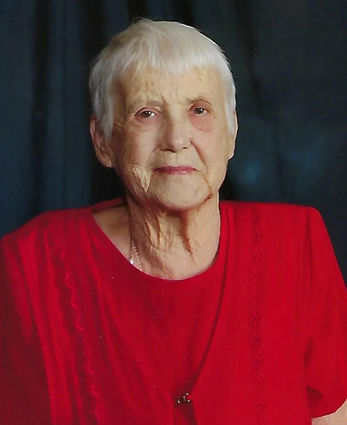 She was born on Aug. 17, 1925, the oldest of eight children born to Clement and Edna (Bennett) Dobyns at Oshkosh, Neb. She moved with her family to the Newell/Vale/Nisland area as a child. She graduated from Vale High School in 1943 as salutatorian of her class. She began her teaching career on a six-week certificate from Spearfish Normal School. She taught at rural Meade County schools starting at the Alkali School and then the Wetz School. While teaching there, she met the older brother of several of her students and fell in love. She and Harold John Wetz were married on June 5, 1945, at Sturgis. Seven children were born to the couple – Norman, Kenneth, Beth, Roger, Linda, Paul and April.

In the mid-1960s, she resumed her teaching career at the Wetz School. After her last child was born, she completed her bachelor of science in education degree at Black Hills State University, graduating in 1968. She taught school in Northeast Montana until her retirement in 1989. She had a lifelong love of learning.

After she and Harold retired, they spent their winters in Arizona and summers at their home in Nashua, Mont. They could often be found camping and fishing at Fort Peck. She enjoyed tending to her garden, bowling and spending time with family and friends. In 2006, the couple moved to Spearfish where she had resided since.

She was a member of Lions Club, South Dakota Education Association, Montana Education Association, Red Hat Society, garden club, Butte County Historical Society and Nashua and Spearfish Senior Citizens. She loved to play cards and was always up for a game of pinochle. She was an avid reader, a talented painter, quilter and seamstress and a skilled fisherman alongside her husband, children and grandchildren. She loved to cook and bake and always enjoyed feeding anyone who came to her door.

She was preceded in death by her husband of 70 years, Harold Wetz; her parents, Clem and Edna Dobyns; five siblings, Betty, Leonard, Dorothy, Hazel and Gerald; and one grandson, Doug Kelley.

Services were held at 10:30 a.m., Saturday, Dec. 29, at United Methodist Church in Spearfish. Inurnment followed the services at the Vale Cemetery.

A memorial has been established for the preservation of the Wetz School.

Condolences can be left at http://www.kinkadefunerals.com.