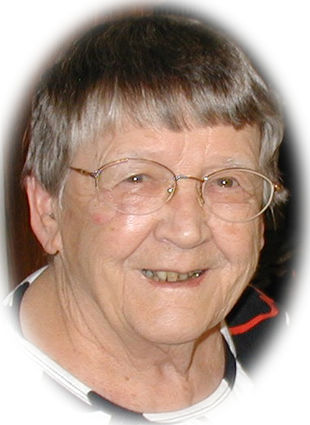 Funeral services will be held Friday, Jan. 11, at 10:30 a.m., at the First Lutheran Church with burial in Highland Cemetery. Luncheon to follow.

She was born Jan. 12, 1929, in Somers, Mont., to Mentz and Olga (Lee) Overby. In high school, she and her friends raised enough money to build the first cabin at Flathead Lutheran Bible Camp. After a year at Pacific Lutheran University, she came to northeastern Montana in 1948 and taught at the Sunnyside School near Larslan. She married Francis Tarum in June 1949.

She was active at Our Savior's Lutheran Church south of Richland and served as organist for over 25 years. When Francis died in 1972, she turned operation of the farm to Marvin and Dale and went back to college. After finishing her degree from Northern Montana College, she taught at North Harlem Hutterite Colony School for three years. In 1981, she married Howard Ostrem and moved to Shelby. Howard died in 1988.

Marie was active at St Luke's Lutheran Church, serving on various boards, and playing organ for several years. She was also active in the community, serving on the board of directors for Crossroads Housing Association. While at the Heritage Center, she brought smiles to everyone with her collection of frogs (ceramic, stone, jewelry) and a reminder to Forever Rely On God (F.R.O.G). She loved flowers and birds.