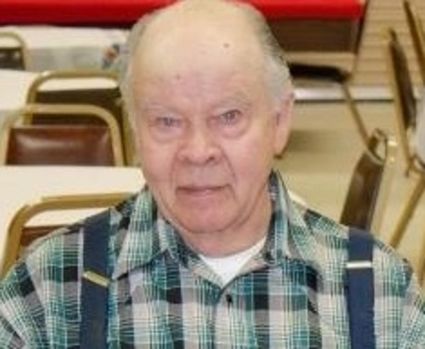 No services are planned at this time, but a Celebration of Life will be held in the spring.

Hank was born at home, across the river in McCone County on Jan. 11, 1936, to Fletcher Richard and Frances (Bartch) Clampitt. There he lived with his four brothers and five sisters. Their days were spent chopping wood, getting water for the log cabin and tending to the livestock. When they had time to play, the whole group would float down the river on rafts or ride in their uncle’s ferry boat. In the fall of 1946, Hank moved with his family to a farm seven miles south of Richland. The four oldest children by then had moved away from home and the youngest twin brother and sister were born in 1947. Hank always said that one of his biggest enjoyments was helping take care of his brothers and sisters. He went to school in Richland, later received his GED in the Army. Hank had never been married, but he was very proud to walk his three sisters down the aisle.

Hank served in the Army from December 1958 to December 1960. He was stationed right out of Anchorage, Alaska. He fully enjoyed that area and learned how to ski and snowshoe. When he returned home from the service, Hank held a variety of jobs: bus driver, gas station attendant, but his true passion was farming. He helped his Dad and worked for several farmers in the area. In later years, Hank enjoyed being driven around the countryside, commenting on the crops, etc. He usually knew whose field it was. He would meet friends at the old Johnny Café for the latest news from up North.

Every year Memorial Day weekend was the highlight of his year. He knew that he would see his family. Hank would become the historian and guide for the group as we visited loved one’s grave-sites.

Hank moved to Nemont Manor in 2001. He celebrated his big “80th” birthday at Nemont Manor by having a party put on by his family. It was a well-attended event. Hank was easy going, had a friendly greeting and a big smile for everyone. He was always ready for a visit and will be missed by everyone.

He was preceded in death by his parents; five brothers, Jess, Jay, Frank, Ray and Robert; and two sisters, Anne and Betty.

He is survived by five siblings, Geraldine (Jim) Dykeman, of Washington, Phyllis (late Steve) Birkoski, of Great Falls, Mont., Sheryl (Bob) Murdoch, of Great Falls, and Roberta (Ted) Danielson, of Belle Fourche, S.D .; one sister-in-law, Audrea Clampitt, of Helena, Mont .; and several nieces and nephews, whom he was very fond of.