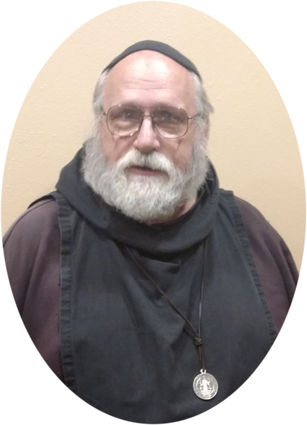 Family will receive friends on Friday, Dec. 7, at 5 p.m. at Bell Mortuary. Burial with military honors will take place on Saturday, Dec. 8, at 10 a.m., at the Nashua Cemetery. A Requiem Mass will be held following the burial at The Monastery in Nashua, with The Most Reverend Abbott Martin Andrew officiating.

He was born July 1, 1947, in Fort Wayne, Ind., to Mr. Edmund Curley and Mary Eileen Pope. He received his early education in Pasadena, Calif., graduating from Pasadena Academy High School. He attended several colleges including receiving a Masters Degree from Point Loma Nazarene as well as Doctorate in Sacred Theology.

He was a Lieutenant Commander in the United States Navy, from which he retired. He was a survivor of the Vietnam War.

He was called by God to become the founder and Bishop of The Benedictine Community of Saint Anthony.

He is preceded in death by his parents.

He is survived by three children, Martin A. Pritchard-Curley, Elizabeth Hahn and Matthew Curley.