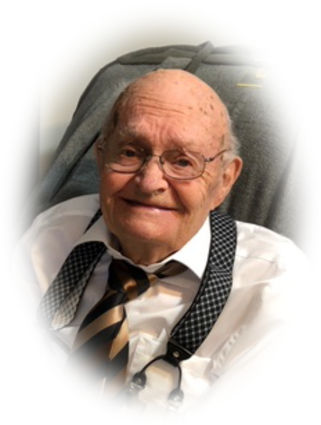 He was born July 7, 1927, in Belle Fourche, S.D., to Louis and Mabel Martens. He completed his primary education in South Dakota while working the family's sheep farm, which prompted an extreme dislike of anything sheep-related. He attended Northwestern University of Dentistry in Chicago, class of 1954. He joined the Air Force, where he served in Alaska.

Doc practiced dentistry for a short time in Bozeman, but made his home in Glasgow, where he practiced for over 45 years, including a church mission trip to Bolivia where he assisted the locals with dental care.

He met Helen while in Glasgow and they married in Helen's hometown in Farwell, Minn. From their union they had four children. Doc and Helen loved their time together and were very involved in the First Lutheran Church in Glasgow.

His many hobbies over the years included obtaining his pilot's license, gardening, golfing, skiing, painting and quilting. In his retirement, he enjoyed a good country dance, any card game he could participate in and traveling the world.

He is preceded in death by his parents; his wife, Helen; one sister, Margaret and infant son Stephan.

Memorials can be made in Doc's name to Valley View Home, Prairie Ridge Village or the First Lutheran Church.