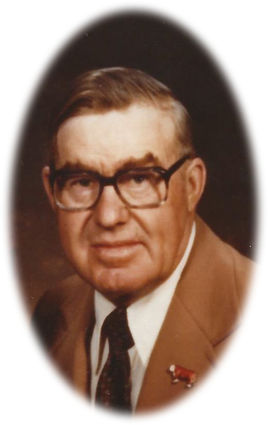 Family will receive friends Wednesday, Nov. 21, 2018, from 5 to 7 p.m. at Bell Mortuary in Glasgow. Funeral services will be Friday, Nov. 23, 2018, at 10:30 a.m. at Faith Lutheran Church in Glasgow with Pastor John Valle officiating. Burial will take place following the service at Highland Cemetery in Glasgow A reception will be held at the VFW Hall in Glasgow.

Dan lived in Valley County his entire life except for his United States Navy service during WWII. Dan left Glasgow High School during his Junior year and enlisted in the U.S. Navy on Dec. 16, 1943. He was discharged from the Navy Dec. 30, 1945. Dan was a Radarman 3rd Class and served in the South Pacific on the island of Pelelieu Pelieu (Palau) during the invasion of the Caroline Islands. Dan never talked much of his Navy service except to say that in addition to standing watch on the radar he also stood guard duty because there were still Japanese soldiers on the island. He said he didn't get much sleep.

Dan returned home following the War and graduated from Glasgow High School in 1947, graduating with his youngest sister Nell. He ranched with his father near Willow Creek about 30 miles south of Glasgow until they sold the ranch in 1965. Dan told stories about life on the ranch, encounters with rattlesnakes, his Airedale terrier, ice skating across Ft. Peck Reservoir and the 125-mile sheep drive that had a few mishaps along the way. After selling the ranch, Dan worked as a heavy equipment operator for Valley County for several years and retired from the County on Aug. 31, 2004.

Dan loved to play music and would play on the piano, fiddle or mandolin. He played music with his friend Hoolie Edwards for about 10 years and played dances in the Haxby and Ft. Peck areas.

Dan was preceded in death by his parents, Fred and Nance Collins, his sister Luella Collins Morken; his six-year-old sister Mildred; a brother who died at birth; his first wife Martha Collins (Kolm) and his second wife Lillie Collins (Schroeder).

Dan was a quiet man, a gentle man, a patriot and what he loved most was being a rancher. He will be missed by all who knew him. Another great Montana cowboy is now riding God's range in Heaven. Dan, we all loved you.