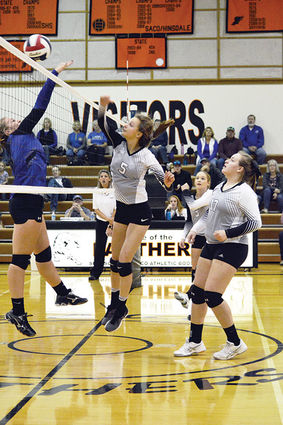 Amber Reddig of Lustre (l) attempts to block a hit by Kia Wasson of North Country (r) during a game held on Oct. 26. Also, looking on for the Lady Mavericks are Alysa Jensen (front) and Jaycee Erickson. The game was one of several played during the District 3C Volleyball Tournament held in Saco.