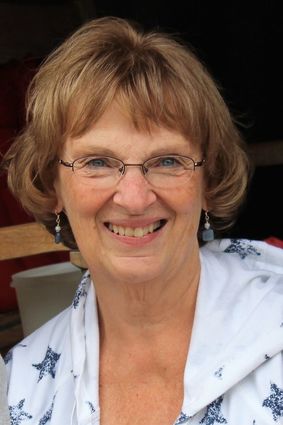 Sandra Kae McNulty peacefully passed away on Sunday, Sept. 30, 2018, in Bozeman, Mont., with her family at her side. She battled Alzheimer's for over four years and is now at peace with our Lord.

A celebration of life will be on Saturday, Oct. 27, at the Nashua Civic Center, 705 Front Street, Nashua, Mont., starting at 3 p.m. Please bring your memories and stories to share as we gather to honor the life of an amazing mother, grandmother, sister, daughter, aunt and friend. All who knew and loved her are invited to attend.

She was born in Glasgow, Mont., on Aug. 21, 1947, to Don and Audrey McNulty. She was the oldest of five girls and adored her sisters, Patty, Deb, Tami and Kelly. She graduated from Nashua High School in 1965 where she was valedictorian, Homecoming queen, and class president, among her many high school achievements. In 1968, she left her beloved state of Montana and moved to Seattle, Wash., to be closer to her mom. There she met her soon to be husband, Richard "Van" Hale. The couple wed in 1971 and during their five-year marriage they had three children, Michael, Kristen and Brandon. Sandy was a dedicated mother and raised her three children on her own in their forever home in the Magnolia community of Seattle.

Over the years she worked her

way up at People's Bank, Washington Mutual and Chase Bank retiring as a computer programmer in 2009. In her retirement, she enjoyed gardening, antiquing, going to movies, enjoying concerts, tending to her home and spending time with family and friends.

Her greatest joy was being a mother and grandmother. She worked tirelessly to give her three children an amazing life and loving home. She instilled in them the value of hard work, perseverance, tradition, selflessness, and kindness but most importantly the love of family and lasting friendships.

Her four grandchildren, Celia, Charlotte, McCormick and Audrey, were the light of her life! Anytime she had the chance to spend time with them, she did. She loved taking them on all sorts of adventures to the zoo, the aquarium,

children's museums, parks, and Menchies. She made an ordinary trip on the bus a memorable adventure for them. At her home, she baked cookies with them, set up elaborate tea parties for them, and always had their favorite foods on hand. She made each of her grandchildren feel like a special treasure and they are blessed to have so many wonderful memories with her.

Sandy made many dear and lasting friendships in every aspect of her life. From neighborhood friends, to work friends, to her kids' friends, to her Montana friends and beyond, she was a special presence in so many lives. Sandy was drawn to any and every child she came in contact with, especially babies. She easily became "Grandma Sandy," "Mum-Mum," or "Aunt Sandy" to many beloved friends and their children.

She is preceded in death by her parents, Don and Audrey McNulty; in-laws Richard "Dick" and Charlotte Hale; and one sister, Patty (Bob) Baker.

Sandy will be forever in our hearts and will be greatly missed by all who knew her!

In lieu of flowers, donations can be made to the Alzheimer's Association or to the Nashua Porcupines Booster Club, PO Box 286, Fort Peck, MT 59223, in Sandra McNulty's name.