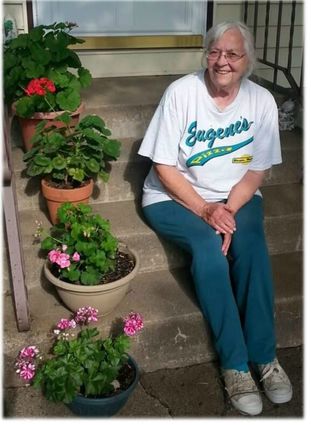 She was born on a farm outside of St. Leo, Minn., on Oct. 20, 1937, to Ben and Angela (Schweiss) Homan. She graduated from Hector High School. First and foremost she was a devoted mother and grandmother. She was a very creative person with a tremendous talent of crocheting. She loved the outdoors, working in her garden and on her lawn. Over the years, she has been complimented by many people on her ability to grow such beautiful gardens, even some who were complete strangers. Dorothy loved baking, making quilts, crafts, and making uniquely handcrafted Christmas ornaments every year for her family.

Dorothy loved old time music and while at one of the many polka dances she attended, she met the love of her life, William "Bill" Wersal. Dorothy and Bill married in 1958. Bill's job transferred the family to Montana in 1975, they later divorced in 1978. Dorothy earned her engineering degree at the Glasgow AFB in 1980. Work brought her back to Minnesota where she spent her years up to her retirement working as a draftsperson in the engineering department at WINCO in Le Center.

Arrangements are with the Le Center Funeral Home in Le Center. 507-357-6116, http://www.lecenterfuneralhome.com.