Charged With Sexual Abuse of Child 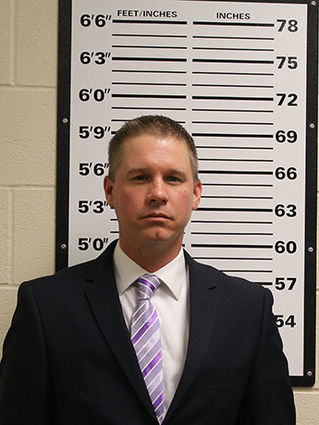 In court Tuesday afternoon, Strommen pleaded not guilty to the charge of felony sexual abuse of a child. He has been released with conditions set by the court. Those conditions stipulate he can can not be at a public forum where children are present without the accompaniment of his wife or another adult. This condition will allow him to attend his children's events as well as attend family events. He will also be able to pick up his children from school within an agreed upon distance away from the school and other children.

With his release, he is able to utilize the internet on a family device, as long as the device he is using is available to law enforcement for viewing. Citing concerns of public safety, the state attorney did push back against the conditions citing concerns of public safety and the fact the crime was committed using the internet. However, Moore rebutted stating with the case being four years old, and the small community that is Glasgow and Valley County, Strommen would be "supervised by the entire community."

According to court documents provided to the Courier, in May 2018, Agent Bruce McDermott of the Department of Justice, Division of Criminal Investigation (DCI), received a phone call from Valley County Sheriff Vernon Buerkle regarding allegations of improprieties of a sexual nature regarding then Valley County Undersheriff Luke Strommen. During the course of Agent McDermott's investigation, a possible crime victim was identified.

The charges filed in District Court stem from Strommen's receipt of two images of a sexually explicit nature that he solicited from the alleged victim while she was 17 years old. At that time the two were in a consensual sexual relationship.

The victim confirmed she met Strommen in 2014, when she was 17 years old, during a traffic stop while he was on duty. The victim confirmed an intimate relationship started, lasting a year, during which time the two would communicate via phone, text and email. They would also meet for sexual encounters and according to the victim, the majority of these meet-ups would be while the defendant was in uniform and on duty. The victim also confirmed much of their communication was sexually explicit.

She described Strommen as being "very sly, conniving, and power hungry," but confirmed their intimate involvement was consensual. During their relationship, Strommen encouraged the victim via phone, text, and email to send him sexual images of herself. The defendant also encouraged her to engage in sexual conduct and send him photographs of that conduct.

Investigators were provided the cell phone utilized by the victim in 2014 to communicate with the defendant in order to confirm text message and picture exchanges. A Cellbright phone extraction was completed with the victim's consent, and numerous conversations as well as images between the victim and defendant were located. The victim confirmed Strommen provided her with an e-mail address under the name of Drew Neslan, and requested her to send illicit pictures to the address.

Court documents state that an examination of the victim's iPhone mail app revealed a conversation initiated by the Defendant on March 23, 2014, where he asked the victim, "Did you try that thing on yourself we talked about?" On April 6, 2014, at 9:33 p.m., the victim sent a picture of a sexual act to the e-mail address Strommen previously provided. She confirmed to investigators she took this image of herself and sent it to the defendant at the defendant's request. Agent McDermott then correlated this information with text messages that were extracted from the iPhone from the same date and approximate time.

Agent McDermott indicated in court documents a call was made soliciting the photograph after the text message exchange started. When the defendant indicated nothing had been received yet at 9:33 p.m., the victim then complied and sent the image. Strommen thanked her, confirming he was in possession of the photograph of her engaged in sexual conduct.

During the course of the investigation, Agent McDermott corroborated the defendant's tactics and behavior with statements by multiple witnesses and other involved parties. Based on the facts found during the investigation, DCI recommended the charge and Assistant Attorney General and Special Deputy Valley County Attorney Daniel Guzynski believes probable cause exists to charge the defendant with the offense of sexual abuse of a child (felony).