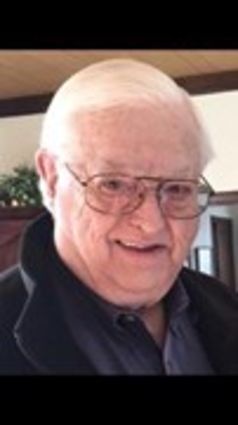 Ronald Peter Tihista, 83, beloved father and grandfather, passed away on Saturday, July 14, 2018, after a brief illness.

The recitation of the Most Holy Rosary and private Solemn High Requiem Mass was held at The Immaculate Heart of Mary Church in Black Eagle, Mont., followed by a Celebration of Life reception. He was buried in Round Top, N.Y., at the Daughters of Mary Convent.

Born May 18, 1935, in Nashua, Mont., he was the third child of Basque immigrants, Peter and Mae Tihista. The family soon moved to Glasgow when their land was purchased for the building of Fort Peck Dam. Growing up in Glasgow provided many hilarious stories for his children and grandchildren over the years. He married fellow Scottie, Mary Dazel, on Sept. 6, 1956, in Glasgow. While they lived in Helena and Arizona for a brief time, they returned to their home state and settled in Great Falls for the remainder of his life where they raised their six daughters.

He loved his cabin in Lincoln, Mont., for many years. He enjoyed a good cigar and a glass of good red wine or a cold gin and tonic on the porch. Attending his grandchildren's various activities gave him great joy; most especially baseball games where he could view the game from the comfort of his pick-up, enjoying a cigar.

Ron was a man who valued his Catholic faith. As an active member of Immaculate Heart of Mary Catholic Church in Great Falls for over 45 years, he was instrumental in establishing the church community, enjoying daily Mass and building lasting relationships.

He was preceded in death by his parents, Peter and Mae; and one sister, Helen.

He was loved and is greatly missed.