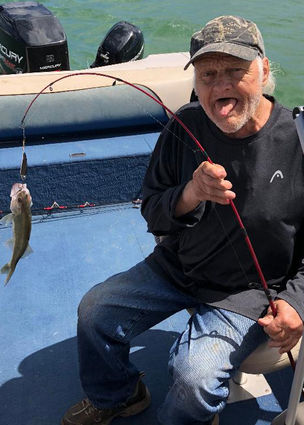 Services will be held Thursday, Sept. 27, at 2 p.m. Bell Mortuary is officiating and burial will be in the Highland Cemetery. Eulogy and services will be delivered by Brian Austin with luncheon to follow at Senior Citizens Center.

He was born in Libby, Mont., on Jan. 26, 1943, the son of Roy and Violet (Kapphahn) Zeiger. He was raised from an early age in Glasgow and attended Glasgow Public Schools through the eighth-grade.

Terry spent his life working various jobs including Pacific Hide and Fur, Morehouse Painting, and with Larry Scanlan, but his lifelong occupation was dealing in fur from trapping in his early years to raising fox, bobcats, and mink, up until his retirement in 2012.

He enjoyed nature and being outdoors. He especially loved spending time with his grandchildren. Combining his passion for nature and his love for his grandchildren, he taught them a respect of nature as well as life skills he felt were important. He lived life by his own rules and in his own way. He believed in a life of working hard and installed this value into his children.

He is preceded in death by his parents, Roy and Violet Zeiger.

He is survived by his wife, Nora; one son, Danny (Shantel), and their two children, Luke and Rachael; two daughters, Cindy Hill and her daughter, DeAnna, and Carol Stingley (Bert), and their children,Trysta and Brady; and one cousin, Gary Barnett, who has been a faithful companion and friend, especially these last few years.