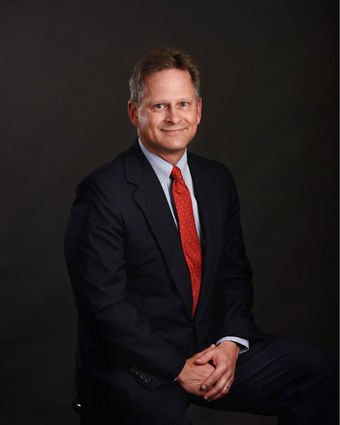 Born and raised in Glasgow, Helland graduated from Glasgow High School in 1984 before going on to earn a degree at the University of Montana in 1989. In 1993, he graduated from the UM School of Law in Missoula and immediately became a clerk for Jack Shanstrom, a federal judge in Billings. After two years, he went into private practice and did primarily medical malpractice and personal injury cases until moving back to Glasgow in 2001 and becoming an associate at Gallagher and Archambeault. In 2003, Helland founded Helland Law Firm and has managed the firm ever since.

Helland says he has a wide array of trial experience and has a reputation for being a trial lawyer. "I represent people in matters that would end up in court, and I do a little of everything," said Helland stating that his trial experience and time in courtrooms makes him adept at handling a wide variety of legal cases. Helland feels that experience will translate to making him a good judge on the bench. "Practice wise I have probably done every kind of case you can do," explained Helland before adding, "I think this is what distinguishes me is the breadth of my experience."

Helland also explained his motivation in pursuing the post, likening it to a call of public service. "If we want to have good governance, then people need to step up and serve," said Helland adding later that, "The importance of the judiciary to our rights is just too important."

Helland said that, if elected, he plans on pursuing a more expeditious pace while deciding cases. "My experience with the emotional cost of lawsuits and cases has motivated me to move these cases along with a level of expedience," stated Helland. In his experience, Helland explained that as a family, person or organization pursues legal action or is subject to it the emotional cost can grow exponentially. As a result, he feels it is imperative that judges apply their time quickly and equally to all aspects of the job and ensure that they give the parties involved the relief of a quick trial decision.

In addition to his private practice, Helland has also served as the city attorney. He explained that his experience in this field has exposed him to the principles of good governance and to the civil side of creating laws.

Helland says that despite his practice of law he has always discouraged legal action, but this was especially true for divorce proceedings. Helland told the story of a past client that was going through a divorce while also attempting to fix their marriage. In the end the couple stayed together and Helland reimbursed the retainer. "It was not a sad thing to give them that check back," explained Helland demonstrating his belief that the trial process can be an emotional burden to all involved.

The election will be on Tuesday, Nov. 6 and absentee ballots are scheduled to go out Oct. 12.