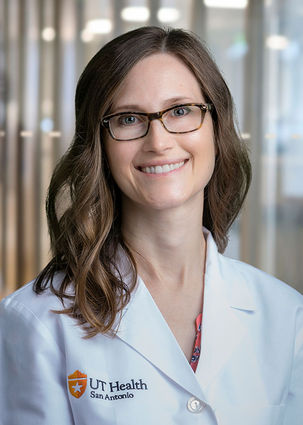 "Promise me, when you grow up, you'll use your brain instead of your back," a mother tells her daughter as they tiredly dig out a flooded ditch on the family farm. That daughter, Miranda (Yeska) Orr, followed her mother Carolyn's advice, and is now a VA research health scientist at the South Texas Veterans Health Care System, faculty member of the Sam and Ann Barshop Institute for Longevity and Aging Studies, faculty member with the Glenn Biggs Institute for Alzheimer's & Neurodegenerative Disease and instructor of pharmacology at the University of Texas Health Science Center in San Antonio, Texas. She has spent a great deal of time studying how Alzheimer's affects the brain and is making strides in researching how to stop the progression with the eventual goal of curing Alzheimer's.

A 1998 graduate of Saco High School, Orr recently led research showing a type of cellular stress, that is known to be involved in cancer and aging, has now been implicated for the first time in Alzheimer's. The research also showed that with the right combination of medication, Alzheimer's can be managed. Her research was published in the journal Aging Cell on Aug. 20, with much popularity in the science and medical community. To put into perspective how successful her study is, 6,000 papers are published every day from various fields of science, and a couple of days after publication, Orr's research was trending at number 13. Since the publication of the study, Orr has received correspondence from all over the world, including Australia and China, praising her work in this medical breakthrough.

The team found that stress, called cellular senescence, is associated with harmful tau protein tangles, one of two proteins that are in the brain, which are hallmarks in 20 human brain diseases, including Alzheimer's and traumatic brain injury. According to Orr, cellular senescence allows the stressed cells to survive, but the cell becomes zombie-like, functioning abnormally and secreting substances that kill the cells around it. "When cells enter this stage, they change their genetic programming and become toxic," said Orr. "Their existence means the death of surrounding tissue, which then affects the functionality of the brain to control other parts of the body."

The discovery was found in four types of mice that model Alzheimer's disease. The researchers then used a combination of drugs, including a natural compound and a chemotherapy drug that is already FDA approved to treat leukemia, to clear the senescent cells from the brains of Alzheimer's mice, whose age was equivalent to 65-70 year-olds in human years. After three months of treatment, the findings were unlike anything the researchers anticipated. "The mice were 20 months old and had advanced brain disease when the therapy was started. After clearing the zombie cells, we saw improvements in brain structure and function. The treatment seems to have stopped the disease in its tracks," said Orr.

Even though this medical breakthrough has been discovered, Orr and her team are cautious about whether this research will be an ultimate cure. Currently, the scientists are testing younger mice to determine how early the drugs can be given to have an effect to slow down the progression of the disease. "We also have to determine how long it takes for new zombie cells to come back after being treated with the drugs," said Orr. Now that the research is out there and public, other scientists need to replicate the findings to ensure the reproducibility among many laboratories and maybe even have a new spin on what Orr and her team did. The team is already discussing whether it is time to proceed with a clinical study to test the combination of drugs in humans who have mild cognitive impairment, which according to Orr, can be a risk of developing Alzheimer's later in life.

It's hard to believe how far Orr has come since graduating from Saco High School. Upon graduation, she started at Montana State University-Bozeman majoring in art, and then noticed her roommate's pre-med textbooks. She quickly realized she found her roommate's textbooks more interesting than her own and changed her life course. She transferred to Montana State University–Billings where she graduated with her pre-med degree. While enrolled in college, her family went through a trying time after her grandmother, Vivian Siewing, was diagnosed with Alzheimer's disease and knowing there is no cure. With the disease hitting so close to home, she made it her mission that after graduating from MSU-Billings, she was going to cure Alzheimer's in her lifetime.

After working at her uncle Gary Porter's embryo transfer company, which jumpstarted her scientific career, Orr applied to the Montana State University neuroscience graduate program in 2005. She attained a joint PhD between MSU-Bozeman and the McLaughlin Research Institute for Biomedical Sciences in Great Falls. Being a scientist was not even a thought to Orr until she was in college. "I wanted to become a doctor to cure Alzheimer's. It wasn't until my college advisor told me, 'If you want to cure Alzheimer's, you need to become a scientist, not a doctor.' I could not wrap my mind around what my advisor told me," said Orr. In 2007, she moved to Great Falls to complete her research at the McLaughlin Research Institute with then director, Dr. George Carlson, and then in 2010 moved to San Antonio and started her post-doc work in 2012. In 2016, she was promoted to faculty and has since received competitive grants to fund her research from both the VA and National Institute of Health.

To say her family is proud of her accomplishments is an understatement. "There are no words for how proud I am of her," stated her mother, Carolyn Yeska. "She has always been studious in school and keeps pushing forward, never stopping. I am thrilled she is making such strides in finding a cure for a disease that I will get later in life." Her uncle Gary shared the same sentiment stating "She was always easy to teach, intelligent. I am honored to have created an environment for her to flourish in her current field." Her father, Jay, beamed with pride stating "It impresses me that these findings can help cure other diseases. Everyone reading and looking at her study can use her research as a way to think outside of the box, which only will improve the field."

Orr's hope with this study and future studies is that in 10 years the findings she discovered in mice will work in humans and work to stop the disease. There are currently strides being made in other studies with Alzheimer's in mind, and Orr's study will only help those scientists with their research. With each new study published, new scientists entering the field with new ideas, and current scientists finding different angles, only more good things will come in finding a cure for the disease.