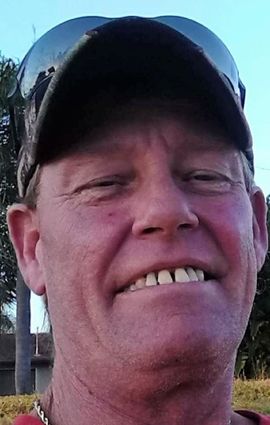 Shane Walter Kidder, 51, passed away peacefully of pancreatic cancer on Thursday, Aug. 2, 2018. He was surrounded in love by five of his siblings at Frances Mahon Deaconess Hospital in Glasgow, Mont.

He will be laid to rest with his mother on Saturday, Sept. 1, at 2 p.m., at Highland Cemetery in Glasgow.

Shane was born to Walter and Ruby (Beauchman) Kidder on Aug. 17, 1966. He lived in Glasgow with his mother and four siblings until his teenage years when he went to live with his father in Lehigh Acres, Fla. There he was fortunate enough to be raised with his two special step-siblings.

After graduating from high school, he worked at many different jobs from tree trimming, construction, heavy equipment operating and his favorite, as a certified nurse's aide where he was in his element helping people.

He lived his life by the seat of his pants. He did what he wanted, when he wanted; lived on the grid and off the grid; in the swamps and in the city. He tried everything and anything and didn't let anything hold him back. He would give you the shirt off his back and never expect anything in return. He was never without a smile and had many friends whereever he landed.

He had a deep faith in God and knew in the end he was going to be met at heaven's gate.

He is preceded in death by his mother Ruby; father Walt; stepmother Lee; and grandparents on both sides.