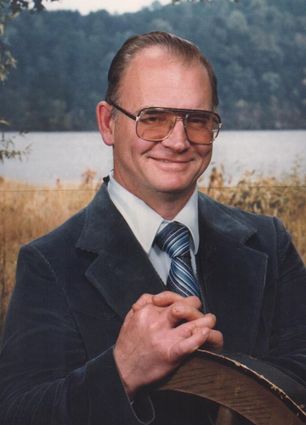 He requested to be cremated and to have a small private service with his family. A family memorial service to celebrate the life of Ed will take place in Haymarsh, N.D., where Ed's ashes will be buried alongside the love of his life, Marci Frueh.

He studied for the priesthood at the Pontifical College of Josephinum in Columbus, Ohio. In 1957, he was ordained a priest. After ordination, he spent many years in spiritual leadership and seminary work in parishes located in both North Dakota and Montana.

On Aug. 13, 1970, he married Marcellena A. Wehri and they moved to Glasgow, Mont. Married for 45 years, Ed and Marci raised their six adopted children at their farm in Glasgow.

Ed wore many hats throughout his life. To name a few, he was an addiction counselor with Family Training Center, manager of Milk River Activity Center, a baker at Glasgow Bakery, a butcher at Treasure Trail Processing and an insurance agent.

Ed and Marci made a big difference in many lives as foster parents. Their hearts and home were always open for children in need of shelter for the night or for months at a time.

He was an avid reader and writer, enjoyed crossword puzzles, gardening, playing pinochle and spending time with his kids and grandkids. He was a theologian and a studier of Human Kind. Both Ed and his late wife, Marci, enjoyed traveling, gardening, cooking and spending time with each other. Even though in the past two years Ed had slowed down a bit, he continued to be a master cook, baking pies and banana bread to share with his neighbors and grandkids. Ed was a man of strong faith, believing in the power and strength of Jesus Christ's love and the beauty and peace that would greet him after his passing.

In lieu of flowers or visitation, the family asks that you send a donation to the Glasgow Snack Pack Program, c/o Katie Kaiser, #1 Scotty Pride Drive, Glasgow, MT 59230, or any local program that feeds hungry kids.