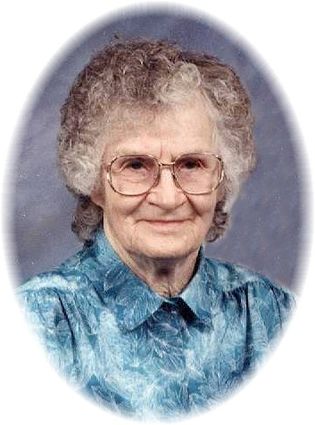 Lyonors (Grant) Murnion, age 96, of Jordan, Mont., passed away on Wednesday, Aug. 1, 2018, at the Holy Rosary Extended Care surrounded by her family.

On a cold Epiphany Day, Juanita Lyonors Grant was born to Fannie Bryant and Ray Grant in the teacherage at Phon, Mont. Her father was the school teacher. She always remembered fondly her early childhood at the family farm on Woody Creek. In 1931, the family moved to Jordan where she attended school, through high school graduation in 1938. In the autumn of her 16th year, she entered Montana State University in Missoula. She worked in a boarding house for room and board, graduating in 1942. On June 25, 1942, she and Clarke Murnion were married by Msgr. Thomas Hennessy at Sacred Heart Church in Miles City, Mont.

She descended from a long line of Anglican clergy and scripture scholars. She grew up Presbyterian and loved the poetry of the King James Bible. She converted to Catholicism shortly before her marriage. Her faith defined her.

As members of the Greatest Generation that endured the Great Depression and World War II, Lyonors and Clarke knew well the values of hard work, frugality, integrity, and faith. They started on a shoestring, worked hard, and built a successful ranch at Brusett, Mont. They instilled their values in their six children.

Lyonors and Clarke celebrated their 60th wedding anniversary on June 25, 2002. He passed away April 4, 2003. She reluctantly moved to Jordan. She loved the ranch, but her kids made her buy a house in town. Eventually, the kids were forgiven. She enjoyed her flowers and friendships there. In 2015, when frailty and dementia made living alone impossible, her kids made her move again - into a nursing home. This time, she wasn't so forgiving.

She was predeceased by her husband, Clarke; her parents, Fannie and Ray Grant; one brother, Reymond (Bud) Grant; one sister, Dorothy Grant; and two grandsons, Dylan Murnion and Owen Murnion.

Should friends desire, memorials may be made to St. John The Baptist Catholic Church. Condolences may be sent to the family by visiting: http://www.stevensonandsons.com.