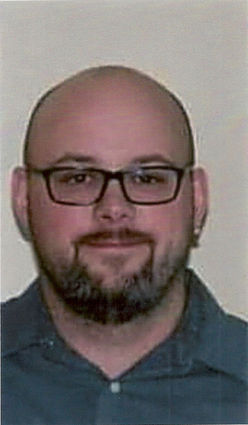 He was born Sept. 21, 1979, in Glasgow, Mont. He grew up in Nashua, Mont., and graduated from Nashua High School in 1998. While in high school, he played basketball, football (earned All-Conference for his kicking abilities), and was in track. He earned several awards in track and when he was running you could hear his friends yelling "Run Forest, Run" or "Go Gump Go."

He eventually moved to Aurora, Colo., where he worked for Mountain Wireless and loved his job.

Somewhere along the line he earned the nickname "Lunchbox" which was eventually shortened to "Box" and friends still call him that.

On one of his visits to his grandfather, Gail, in Nisland, S.D., he met Jenny Rude and they were married on June 12, 2010, in Belle Fourche.

He then went to work for American Colloid, which is where he was employed at the time of his death. He enjoyed his job and was always willing to work an extra shift for anyone who needed him to. He was very proud of the fact that he was a member of the Belle Fourche Volunteer Fire Department.

He is preceded in death by his grandmother, Helen Johnson; his grandfather, John Hoyt; and one aunt, Kacey Johnson Hoffbauer.

He is survived by his wife, Jenny, two daughters, Marissa and Madison and two sons, Dylan and Daxson, all of Belle Fourche; parents, Patricia and Karl Johnson, of Nashua; one brother, Christopher Perdew, of Billings, Mont.; one sister, Meghan Johnson, and her children, Ashlyn Aten and Rylan Johnson, all of Glasgow; his grandmother, Alicia Hoyt, of Glasgow; his grandfather, Gail Johnson, of Nisland; many aunts, uncles, cousins, nieces and nephews who loved him dearly.

The viewing was on Saturday, Aug. 5, from noon to 7 p.m., at Kline-Frost Funeral Home with funeral services on Monday, Aug. 6, at 2 p.m. at St. James Lutheran Church in Belle Fourche with Pastor Will Olsen officiating.

Internment is at the Pine Slope Cemetery in Belle Fourche.

In lieu of flowers, the family suggests memorials be made to the Belle Fourche Volunteer Fire Department.

An online guest book is available at klinefuneralchapel.com.