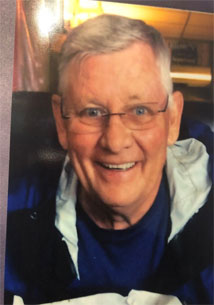 Barry Beaudoin, 68, of Henderson, Nev., passed away in hospice with his wife, Ginny, by his side after a battle with cancer.

Burial of his ashes will be at 11 a.m., Friday, Aug. 31, at Highland Cemetery in Great Falls, with a celebration of life following at Howard's Pizza (the Steinhaus) for family and friends from 12 to 2 p.m. Howard's is located at 713 1st Ave N., Great Falls.

He was born to Sylvain (Skid) and Wanda Beaudoin in Great Falls, Mont., on March 24, 1950. He attended public schools in Shelby, Great Falls and Libby. On Nov. 25, 1972, he married the love of his life, Ginny (Virginia) Schneider, in Glasgow, Mont.

He graduated from Montana State University in 1978 with a BS degree in Plant Protection. He loved his Bobcat team and he was a Sigma Chi. He loved working in the field of agriculture, working as a pesticide specialist for the State of Montana and several agriculture companies including American Cyanamid, Wilbur-Ellis and Monsanto. He enjoyed meeting new people and he had the gift of gab. He could tell jokes and never forgot them once he heard a new one.

He enjoyed being outside, whether it be "hacking" a little white ball around or "fooling" a fish. He loved life. His biggest pride and joy were his two adult children and three grandbabies.

He was preceded in death by his mother,Wanda Carlson Beaudoin; his father, Sylvain Beaudoin; his grandmother, Verda Middleton; and one aunt, Mildred Beaudoin.

He is survived by his bride, Ginny; one son, Brooks, of Long Beach, Calif.; one daughter, Brianna (Daniel) Zupon; three grandchildren, Cecilia, Lincoln and Lilly; one sister, Denise (Gary) Marr, of Walla Walla, Wash.; and one nephew, David Marr, of New York, N.Y.