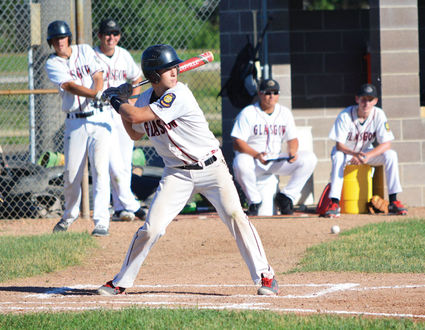 Bryce Legare waits for the pitch during a game vs. the Billings Blue Jays on June 27. The Reds hosted the Blue Jays in a double header.

The Glasgow Reds hosted Malta at Bill Connors Field in an abbreviated double header on June 26. The pair of games were over in less than three hours, with the Reds defeating Malta in both contests, 10-1 and 4-0.