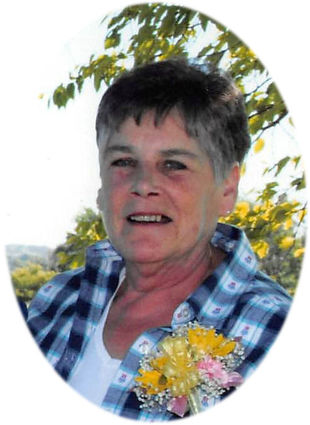 She was born Sept. 7, 1946, to Ruben and Thelma (Long) Decker in Fayetteville, N.C. Shortly after she was born, the family moved to Frazer, Mont. While living in Frazer, she was baptized and confirmed into the Lutheran Church. She was joined by siblings Stan, Jody and Doug. The family then moved to Fort Peck, Mont., and she attended Nashua High School.

On Sept. 28, 1963, she married John Burner, Jr. in Fort Peck. They lived in Glasgow where their daughter, Cynthia Rhea, was born Nov. 24, 1964. The family grew with the addition of John Valance on May 17, 1968. A new job moved them to Havre for three years. The family returned to Glasgow, moving to the Glasgow Air Force Base and on Aug. 9, 1981, Zachary Ryan joined the family. Jacque and John later separated.

She liked to work with people and worked in the customer service industry a majority of her life. She worked at the sewing center, at the grocery store on the base and later at the Trailside Store, the Roosevelt Hotel, Pizza Hut and finally at the Cottonwood Inn in the kitchen as a baker. She retired in September, 2014.

Other then the three years in Havre, she lived in the Frazer/Fort Peck/Glasgow area her entire life. She enjoyed reading, playing cards with family, playing Canasta on the computer, following the Denver Broncos and Chicago Cubs, the "Breakfast Club," the "Princess Bride," and the first five minutes of credits of "Top Gun." Above all, she loved her family. Her children and grandchildren were her world.

She is preceded in death by her father, Ruben Decker; her stepfather, Charlie Frost; and one nephew, Kris Decker.

Mom, you left us so fast. It's hard to comprehend that you are gone. The prize that we have on this end is that you are no longer in pain. The prize on your end is that you have time to begin putting together a place for us to gather when we join you. We love you, Mom. For your strength, your humor, your "you can get through this" speech you gave us all. We miss you, and will always miss you, forever.