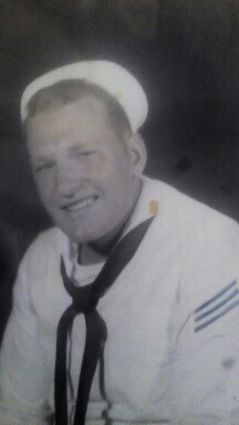 A celebration of his life will be held in Hinsdale at the Methodist church on Saturday, June 30, at 1 p.m.

He was born in Colville, Wash., on Aug. 15, 1931, to Rose (Haase) and Thomas Harrison Fisher. His parents bought a ranch in 1937, south of Saco Mont., and raised their family on what soon would be Tom's passion and calling.

He went to school in Saco and graduated in 1949. After graduation, he joined the Navy and served during the Korean war, where he poured landings for the base and acquired incredible skill working with concrete. After serving just shy of four years in the military, he came home and traveled all over the United States, pouring concrete for bridges, schools, the Glasgow Air Force Base (now St. Marie) and the Seventh Day Adventist church of Glasgow.

After his travels beyond the military, Thomas returned home and met his soon-to-be adoring wife, Margaret Arlene Coe, of Malta, Mont. The couple was united in marriage on Dec. 16, 1961, and settled in Glasgow.

In 1963, they purchased the family ranch south of Saco and proceeded to raise his daughter, Jolene, and honorary son, Lendall Caldwell. He poured his everything into the ranch and quickly it was understandable, that with his family by his side, he had attained the perfect life. Tom did what he loved, did it well and was surrounded by those that loved him.

Family, ranching, bible study, community service and storytelling were just a few of his loves.

He was also a loving father and grandfather who helped in raising his first granddaughter, Katrena Palmer. He always had time to stop and listen to the many questions asked as well as took the time to teach his grandchildren how to ranch and work hard. Tom frequently went on family trips and would take Arlene and Trena with him, they even visited the ocean twice.

In 1997, Thomas received another incredible gift, his second granddaughter, DeVon, that he lovingly toted around the ranch in the red Toyota, making memories with her and reminding him of the gift a family can provide.

Thomas, aside from having an intuition for ranching, had a number of hobbies as well. He enjoyed fishing with his friend, Esmond Vanderhoff, and nieces and nephews; hunting; attending social events with his wife, Arlene, as well as gardening. He had a garden that would make the greenest of thumbs jealous At his ranch, he had two gardens totaling well over two acres that he worked by hand and his wife happily canned and cooked with the excellent yield he had every year. In 1978, Thomas used his bow and shot himself what would turn out to be the second largest elk in the nation at that time. He raised chickens, sheep, ducks, pigeons, cattle, peacocks and somehow he always had enough time for all of them plus a little more for his family. Calling Thomas a hard worker would be an understatement as this man constantly had something to do and did it daily without complaint.

He was also a member of the National Cattlemen's Association and received recognition for his introduction and promotion of the Blonde D'aquitaine Cattle naming it the "big sky new breed cattle." He showed and promoted this breed and won many best of shows, even winning the 1974 Man of the Year from the NCA for his work with cattle. He promoted other breeds but his loyalty was to registered Charolais which he continued to raise until he retired.

He always was giving and trying to promote the betterment of the community in which he lived, from offering smoking cessation classes in Valley County, to installing a TV tower out south on his property for all neighbors to enjoy a few channels on TV; as well as fixing the antenna South of Hinsdale so the town finally had quality television. He was always there to lend a hand and offer advice. When he moved to New Mexico, he built a convenience store and storage unit to make it easier for those who lived there.

He was a religious man, and after lunch you could always find him reading scripture and preparing for his Saturday sermon in Glasgow at the Seventh Day Adventist church. He would give sermon, Arlene would play piano and Katrena would sing. It was always appreciated by him to have his family support his belief and be by his side. He never missed church even when he traveled, the first thing he did was find the closest Adventist church.

In 1998, Thomas decided to semi-retire and moved into Hinsdale where he promptly planted another incredible garden and became actively involved in the VFW. Daily, Thomas would still drive out to the ranch and check on how everything was going and to see if anyone needed help. Retired was a word he was not ready for therefore many miles were put on his pickup traveling back and forth to help out at the ranch.

In 2005, Thomas moved again to Maxwell, N.M., where he enjoyed the warmer weather and his fruit trees in the back. He loved going into town to get the mail and visit the stores. He enjoyed the people within his community and loved it when DeVon and his family would come visit.

Thomas will be greatly missed by his family as he had such a profound impact on his loved ones and was such a devoted man to what he loved.

Tom is preceded in death by his parents, Rose and Thomas; and his two brothers, James Fisher and W. Charles Fisher.

The family asks that you do not send money or flowers and instead spend extra time celebrating the loved ones in your life.