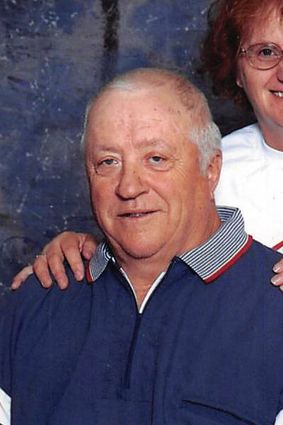 Family will receive friends on Wednesday, May 23, 6 to 8 p.m., at Bell Mortuary. Services will be Thursday, May 24, at the American Legion Hall in Hinsdale, Mont., starting at 10 a.m.

He was born March 19, 1940, to Martin and Anna Marie (Carlson) Capdeville at the hospital in Opheim, Mont. He was raised on a farm, 7 miles west of Opheim, where his family grew grain and tended to 1,400 head of sheep. Neighbor and lifelong friend, Ken Floyd, noticed Noel's eagerness to consume all varieties of potatoes as a child and dubbed him the nickname "Spud."

He attended the Opheim School through his sophomore year. During his teen years, he enjoyed partaking in the Opheim boxing program. He had a pair of heavy, horse-hair boxing gloves that are still a thrilling memento to the family. As a summertime job, he went south to combine with custom cutter Art Lawrence, in places such as Texas, Oklahoma, and Nebraska.

At 20 years old, he offered a ride home to a young lady carrying groceries. Less than a year later, on Dec. 2, 1961, that young woman would become his wife. Elsie Iletta McLaughlin blessed him in the course of their 56-year marriage with five children. Tami Sue was the first born, then followed Kerry Thomas, Mitchell Allen, Christina MarAnn and Amanda Amber.

In the early years of their marriage, Spud and Elsie lived in the western part of the state. In Kalispell, he worked at a plywood plant alongside his brother, Glenn. But Spud always wanted to come back to Valley County. In 1967, Gene Etchardt, offered a ranching job to Spud in Hinsdale and helped make this wish a reality. There at the Etchardt Ranch, Spud's true patience shined through. He was always willing to teach young men and children. Several years later, he went to work for Gordon Carlson as a self-taught carpenter. During that time, he helped remodel and build new houses in Hinsdale, along with the log cabin and pole barn at the Heart Ranch. He took great pride pointing out homes and talking about all the work he had done with his hands. Spud put not only his back, but his heart into his work. His passion for the trade and immaculate craftsmanship spoke for itself.

His love of farming, drew him to go work for Roger Ereaux in Malta. Connections through Roger allowed him to purchase the farm west of Hinsdale. Spud and Elsie raised their children there until their son, Mitch, took over in 1991. They then moved into town and Spud went back to work for Etchardts, at Hinsdale Livestock. In 1997, Elsie obtained her teaching certificate. To support his wife, Spud followed her to Nevada where she could fulfill her dream of teaching. While there, he became the maintenance man at Western Nevada Community College. They stayed there for 10 years before retiring and moving home to Montana. They moved Spud off the farm but they could never take the farmer out of Spud. In town, he planted a garden big enough to supply and share with the whole Hinsdale Community.

September of 2017, Spud and Elsie moved to Nemont Manor in Glasgow. There he took pleasure in special treatment, such as a waitress warming up his coffee mug. On Saturday, May 19, 2018, Spud passed peacefully surrounded by his loving family.

He was known for his sense of humor and seeing the bright side of everything. His family was most important to him and always came first. Some say children keep you young, but Spud kept all of us from growing up too fast. Of all 12 of his grandchildren, Spud was always the youngest.

He is preceded in death by his parents, Martin and Anna Capdeville; two brothers, Glenn Capdeville and Paul Capdeville; one nephew, Doug Lawrence; and one brother-in-law, Bill Lawrence.

Spud and his family appreciated the special care that the nurses, aides, speciality nurses, Dr. Mallard and Dr. White gave him at Francis Mahon Deaconess Hospital on the second floor.