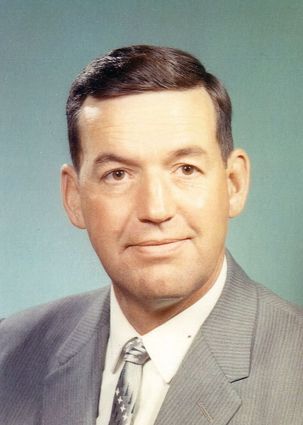 Visitation will be on Wednesday, May 16, at 6 p.m., with the service being held at Bell Mortuary in Glasgow on Thursday, May 17, at 11 a.m. Interment will be at the Highland Cemetery followed by a reception and lunch at the VFW.

He was born in San Bernardino, Calif., on Aug. 25, 1924, to Wilford and Kathryn Bell. He was raised in Malta and was involved in band, sports, and community activities. He was proud to be a Malta Mustang.

After graduating, he enlisted in the United States Navy and served in World War II on the USS Suwannee. Prior to his deployment, he married Dorothy Larson in Everett, Wash., and post war he went to Mortuary Science School in St. Louis, Mo., returning to Malta to work with his father until 1957.

Bill and Dorothy moved their family of six children to Glasgow and Bell Mortuary began. He was active in the Congregational Church, a member of the Masonic Lodge, DeMolay, Shriners, American Legion Post 4 and the VFW. He was commander of the National Guard in Malta for several years. Bill was a patriot. He was president of the Montana Chamber of Commerce and the Montana Aeronautics Commission. He was a welder, stone mason, pilot, carpenter, avid hunter, vocalist, actor, farmer, and boat enthusiast.

He was preceded in death by his wife of 73 years, Dorothy; his parents; one sister, Betty Smith; two sons-in-law, Marvin Edwards and Scott Alexander; and one grandson, Daniel Cunneen.