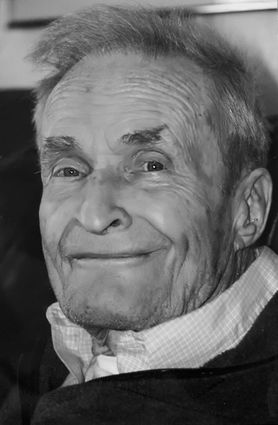 Cremation has taken place. A memorial service is planned for 1 p.m., on Tuesday, July 3, at Our Redeemer Lutheran Church in Nashua and inurnment with Military Honors at the Nashua Cemetery later.

He was born May 13, 1925, in Henderson, N.D. He survived a difficult depression-era childhood and was a WWII veteran. He and his wife raised five children.

His paternal great-grandparents were Germans from Russia, part of a Mennonite farming community who immigrated to Henderson, Neb., from southern Russia in 1877, to escape religious persecution. Both his great-grandparents and grandparents homesteaded in Cavalier County, N.D., in the early 1900s.

His parents moved their growing family to northeast Montana from Henderson in 1928 and initially resided north of Frazer, Mont. As the family survived by moving from homestead to homestead during the Great Depression, he attended several Valley County one-room country schools (Sjurson, Shamrock and French). He attended eighth grade and two years of high school at Nashua.

In the spring of 1942 at age 16, he hitchhiked to Phoenix, Ariz., where his mother, two uncles and several siblings lived, and found a job working for the Salt River Project at the Horse Mesa Dam. Before his 18th birthday in 1943, he enlisted in the United States Coast Guard. He served two years of sea duty as an Electrician Mate 2nd class working in the engine room on a few ships. One of these ships was the troopship USS Admiral C.F. Hughes (AP-124), which transported troops to and from San Francisco, Calif., and the Philippines and surrounding islands. He was honorably discharged in December 1945.

After the war, Howard returned to Phoenix, and from 1946-1951, worked for the Westinghouse Electric Corporation.

After getting married, he worked as a self-employed handyman and worked briefly for the Occident Elevator Company in Nashua. He also worked for the Montana State Highway Department for a few years from about 1959-1961. He rented his father's wheat farm north of Nashua for many years starting about 1961 and purchased it in 1973. In addition to farming, he did electrical and plumbing work (he earned his plumber's license in 1965). He also drove a mail route south of Nashua and the Fort Peck bus route for the Nashua School District for many years.

He continued farming until he retired in 1988. Howard and Eulane spent 21 winters in Apache Junction, Ariz. (1981 through 2002). They built the home where they raised their family.

He enjoyed listening to country music, especially Marty Robbins, who he befriended while living in the Phoenix area when Marty played local venues. He was passionate about playing card games, especially cribbage, a card game that he learned in his childhood and played with his brothers, and later played with his wife, children and friends. He also enjoyed gardening and bird watching. He loved farming, the farming lifestyle, the wide-open spaces of eastern Montana and working. He could fix most anything. Howard was most proud of his farm and his family. Both he and Eulane instilled a strong work ethic in their children and taught them humility.

He was a member of Nashua's Our Redeemer Lutheran Church and the Nashua American Legion.

One of his most enjoyable trips in his later life was in 2011 when his daughter accompanied him on an Honor Flight to Washington, D.C., where he visited the National World War II Memorial as well as other war memorials and monuments with fellow veterans. It was an unforgettable and emotional experience for both of them.

He was known to be a man of integrity, and will be remembered as an extremely honorable, humble, soft-spoken and kind man with a quick wit and very dry sense of humor. He was a wonderful dad.

Condolences may be left at http://www.allnutt.com/obituaries/Howard-Quiring/.