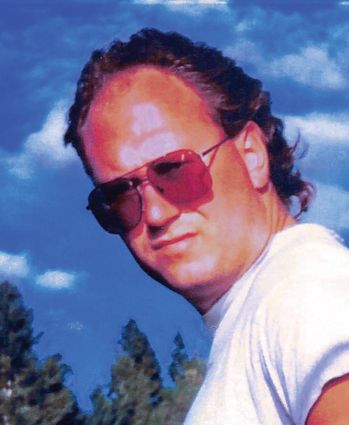 A funeral service will be held at 1 p.m., Thursday, April 5, at Bell Mortuary with Pastor Bonnie Novak officiating. Burial will be at a later date in the Nashua Cemetery.

He attended school in Nashua, Fort Peck and Glasgow, ending back in Nashua for his high school years. He left school before graduating to move to Idaho and stay with his father.

He had a seamless rain gutter business in Spokane with his brother, Dwayne, for several years. He left Spokane and took up trucking out of Great Falls and was able to see much of the United States.

After 10 years of traveling he decided to be with his family in Glasgow. He worked at the Oasis as a bartender and worked on vehicles and then for Valley Transit.

He loved bike racing, his boat, walleye fishing, snowmobiling and working on his and other's trucks. He loved woodworking and his garden, watching it grow, harvesting it and went as far as to learn canning. Being self-taught, there wasn't anything he couldn't do. He totally enjoyed hanging out with his brothers, Levi and James, in anything he did. His smile could light up a room.

He is preceded in death by one brother, Todd Smith; two uncles, Gary Schroeder and Terry Metvedt; one aunt, Carol DuBeau; one grandmother, Ovidia Metvedt; and numerous great-aunts and uncles.

He is survived by his mother, Cherylen McLaurin of Glasgow and father, Peter Smith of Rathdrum, Idaho; three brothers, Dwayne (Tami) Smith, Levi McLaurin, and James McLaurin; and numerous cousins, nieces and nephews.

Condolences can be left at bellmortuarymontana.com.