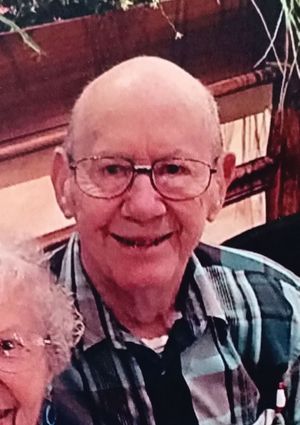 Family will receive friends on Saturday, May 5, from 2 p.m. to 5 p.m., at the Bell Mortuary in Glasgow. Funeral services will be held at the mortuary on Sunday, May 6, starting at 2 p.m., with Pastor Howard Pippin officiating.

He was the sixth of seven children, born in Wheaton, Minn., on Jan. 11, 1930, to Math and Blanche (Sauby) Lindsay. He grew up on the family farm in Rosholt, S.D., and graduated from Sisseton High School in 1947.

He worked on the family farm for three years before joining the Air Force on April 30, 1950. He remained in the Air Force for 20+ years and was honorably discharged on Sept. 30, 1971.

On June 24, 1955, he married Elinor Tyte at the First United Methodist Church in Riverhead, N. Y. While in the military, he resided with his family in England, Oklahoma, West Virginia, Illinois, Alaska, Mississippi and New York.

In 1990, he and Elinor retired to Saint Marie, where he became an active part of the community, becoming active in the Glasgow Methodist Church, Masons, Shriners, Odd Fellows and Rebekahs. He served as Grand Master of the Montana Odd Fellows in 2002-2003.

He was preceded in death by his parents, three sisters and one brother.