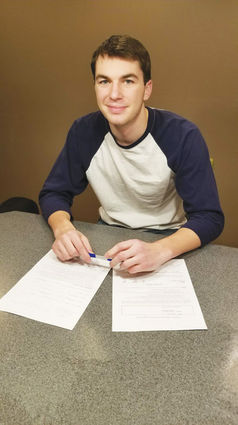 Tanja Fransen / For the Courier

Alex Fransen has signed a letter of intent to play for the Dickinson Bluehawks.

Alex Fransen, a senior at Glasgow High School, has committed to play football for the Dickinson Blue Hawks.

During his football career at GHS, Fransen has been recognized as an outstanding athlete time and time again. Those awards include the Steven Jimison Most Inspirational Player, the Norm Thompson Award for Homecoming MVP and the Dale Vegge Senior MVP Award.