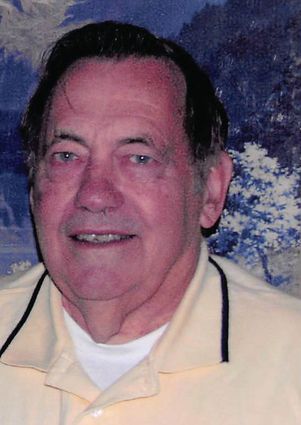 Memorial service will be Tuesday, April 17, 2018, at 4 p.m. at Bell Chapel in Glasgow, with a luncheon following the service at the Cottonwood Inn. Private family inurnment will be the next day.

He was born Jan. 8, 1934, in Glasgow to George and Anna (Pulaski) Bauer. He graduated from Glasgow High School and upon completion served in the military. Following military service, he attended the school of engineering in Milwaukee, Wis. He returned home to Glasgow and worked for two companies.

On Aug. 2, 1958, he married Janet Evelyn Cowart, a future nurse student he met while in Atlanta, Ga.

In 1960, he started working for the Glasgow Post Office, and after 30 plus years he retired to travel and go fishing with good friend Mike Murphy in Alaska.

He and Jan made many trips to Florida to see her family and to Vancouver, Wash. to visit their son, David, daughter-in-law, Laura, and their two precious granddaughters.

He spent many years with good friend Gail Johnson on the farm and with their two families visiting or on picnics at Fort Peck Lake.

He is preceded in death by his parents, George and Anna Bauer; and two sons, Tim and Brian Bauer.

He is survived by his wife of almost 60 years of marriage, Janet; two sons, Paul, of Glasgow, and David and his wife, Laura, of Vancouver; two granddaughters, Claire and Megan, of Vancouver; one sister, Marlene Jackson, of Glasgow; and one brother, Tom Bauer, of Mukilteo, Wash.