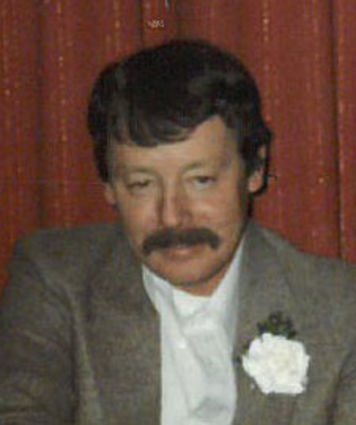 Hugo Lee Hansen passed away unexpectedly at St. Peter's Hospital on New Year's Day, 2018, at the age of 69.

He was the first of four children born to Hugo Walter and Mary Edna Hansen in Glasgow, Mont., on March 3, 1948. He attended St. Raphael School and graduated from Glasgow High in 1966. The family moved to Great Falls shortly after his high school graduation.

Later that summer, he was drafted into the U.S. Army and served one tour of duty in Vietnam. The trauma of war on the psyche of a young adult had lifetime effects on him, but he was forever proud of serving his country.

After he was discharged, he moved back to Glasgow and met his future wife, Kay Johnson. They were married in 1970 in Glasgow and then moved to Helena. During the marriage, he adopted Kay's daughter, Janna. The marriage ended in divorce in 1976.

In his younger years, he enjoyed playing baseball, shooting pool, hunting and the friendships he made. He looked forward to hunting season when he would make the yearly pilgrimage to Glasgow to hunt and reconnect with old friends. He had a wonderful sense of humor and an infectious laugh.

In February 1984, he married Diana Lindstrand. He always had an interest in cooking, particularly making pizza, and he opened Hugo's Pizza in Montana City in 1985. He joined forces with his wife and with Ray and Debbie Thares to move the business from inside the Montana City Grille across the interstate to expand to Papa Ray's and Hugo's Pizza.

In 1995, he and Di moved to Sheridan, Mont., where they owned and operated The Sump Saloon and Ruby Hotel. He and Di were divorced in 2001. In the last 10 years, his health began to deteriorate and eventually he lived in the veteran's home in Miles City, and later was moved closer to home, living at Elkhorn Health Care in Clancy until his death. He was proud of his Native American heritage and was a member of the Little Shell Tribe of the Chippewa Indians.

He was pre-deceased by his parents, and leaves behind his daughter, Janna Kroll and her husband, Dan, of Helena; three siblings: Gaynell Bruck and her husband, Dave, of Helena, John Hansen and his wife, Betty, of Wilsonville, Ore., and David Hansen of Great Falls; several nieces and nephews; life-long friends Kevin and Lori Irish, and Rocky Christinson; as well as former wives, Kay Johnson and Diana Lindstrand, for whom he always had great affection.

The family received guests on Friday, Jan. 5, from 4 to 6 p.m., at the Anderson Stevenson Wilke Funeral Home, 3750 N. Montana Avenue, Helena. The body was cremated and interment will take place in the spring, where his ashes will be buried with his father at the Hinsdale Cemetery.

The family requests memorials be made to the Northeast Montana Veterans Memorial Park, P.O. Box 202, Glasgow, MT 59230, or a charity of one's choice.