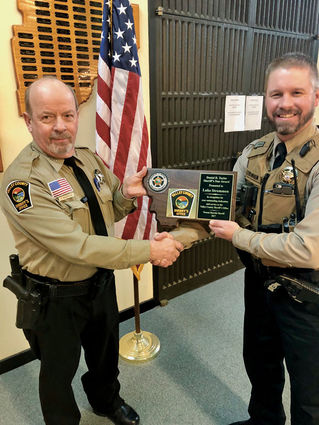 Valley County Undersheriff Luke Strommen has received the Dan R. Taylor Award. Sheriff Vernon Buerkle told the Courier that Strommen, who has been with the department since 2009, was singled out for the numerous felony investigations he's played a role in, including Operation High Tide, which culminated in 17 felony arrests on drug charges in June, 2011. Buerkle also cited the Mary Strand case, on which Strommen teamed up with the FBI, and the Jay Witkowski homicide investigation. Strommen has been a key member of the Tri-Agency Drug Task Force and was a founding member of SWAT, with whom he has served as both assistant team leader and team leader.