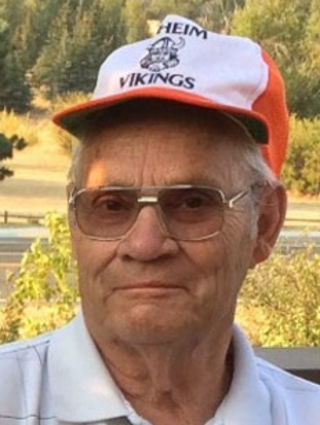 The rosary will be recited at 10 a.m. with a Funeral Mass to be celebrated at 11 a.m. on Friday, Dec. 8,, at Our Lady of the Valley Catholic Church, 1502 Shirley Rd., Helena, Mont. A reception will follow the Mass in the fellowship hall of the church. Graveside Services with military honors will follow the reception at the Montana State Veterans Cemetery at Fort Harrison

He was born on June 27, 1931, to Alma and DeWitt St. John. He grew up in Opheim, Mont., one of six children. In his younger years, he spent his time playing basketball, football, baseball and excelled at playing the piano (although he rarely played in front of people). Later he attended college in Havre and received an associate's degree in business. In 1953, he joined the army and was stationed in Salzburg, Austria, but his time in the army was cut short with the death of his beloved father. He loved to tell his children stories about his time in the armed forces.

While home Myron met and married Mary Virginia Johnson on April 12, 1958. Their family started a year later with the birth of a daughter. In total, they had seven children: five girls and two boys. Throughout dad's life, he was a farmer, postmaster, committed community member and devoted father, husband and grandfather. He spent many hours watching his children and grandchildren participate in various extra-curricular activities.

Dad had a great sense of humor and a gift for storytelling. More than once, he told a "Mynie joke" or kept people laughing at something he did. If you lived in Opheim long enough, he no doubt had a whopper of a tale to share about his time with you.

He was an avid card player and kept his opponents on their toes while playing cribbage. He also had a great bucket list, from traveling to Europe with his daughters, venturing into a hot air balloon at the age of 65, and daring to parachute out of a plane at 75.

He is preceded in death by his parents; two brothers, Raymond and Leland; three sisters, Lola, Irene and Lorraine and their spouses; in-laws Helen and John Earley; the love of his life, Mary, (2002) and his grandson, Kyle.

We will miss you Papa.

Please visit http://www.aswfuneralhome.com to offer the family a condolence or to share a memory of Myron.