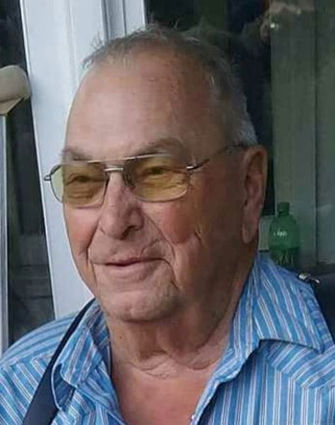 He was born May 16, 1937, to Harold J. and Ruth Hendrickson. At a young age he joined the Army. After the Army; he married Winifred Caves, and with this union they had four children; Glenna, Buckley, Norris and Sheila. They later divorced.

HD then met Hazel Woodall where they made their home in Saco. He became father/friend to her children; Bonnie, Betty, Wayne, Kathy and Joyce.

He worked for G.D. Eastlick for many years and had a passion for farming., working for Craig Burnham Custom Haying, swathing, baling and stacking bales. He also was working for First Creek, running the scraper and hauling rock. If there was work to be done, you could always count on HD.

He loved to gopher hunt and you could always find him out in the field on his four-wheeler or Razor as soon as spring arrived.

He was preceded in death by his parents, Harold and Ruth ,; his first wife,Winifred; longtime companion, Hazel Woodall; and one brother Gary Hendrickson.

We will miss you always.

Memorial services were Wednesday, Dec. 6, at 11 a.m. at the Saco Methodist Church with Military Honors to follow. A luncheon was held afterwards at the church.

Condolences for the family maybe left at http://www.kirkwoodfuneralhome.com.