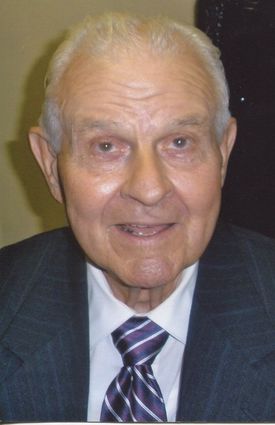 Ambrose P. Purkett, 84, passed away on Sunday, Oct. 8, 2017, at the Northern Montana Care Center due to natural causes.

He was born on May 5, 1933, in Glasgow, Mont., to Paul and Catherine (Grabrelick) Purkett. He was raised in Glasgow, Havre and Williston, N.D., graduating from Williston High School in 1951. In 1955, he married Sylvia Johnson in Havre, and the couple remained in Havre where they raised their three children.

He worked for Knudson Conoco and Rathbone Vending for 10 years, before beginning work with the State of Montana in road maintenance. He worked for the state until his 1992 retirement. After his retirement, he and Sylvia spent their time attending sporting events and traveling, just enjoying one another's company.

He was an active man who enjoyed antique cars and shows, dancing, telling stories and shooting pool with his friends at the Senior Center. He liked watching sports, especially supporting the local Havre teams. He found joy in playing cribbage with his oldest son, marbles with his daughter, tinkering around the garage with his youngest son and spending time with his grandkids.

He was preceded in death by his parents, Paul and Catherine Purkett; five brothers, Paul, Robert, Jerome, Willard and James Purkett; and four sisters, Angeline, Veronica, Evelyn and an infant sister, Mary.

A visitation was held from 5-7 p.m., with a Vigil Service following at 7 p.m., on Sunday, Oct. 15, at Holland & Bonine Funeral Chapel. Funeral Mass was celebrated at 11 a.m. Monday, Oct. 16, at St. Jude Thaddeus Catholic Church with Father Daniel Wathen officiating.

Holland & Bonine Funeral Home of Havre was entrusted with services and arrangements. Please visit Ambrose's online memorial page and leave a message of condolence for his family at http://www.hollandbonine.com.