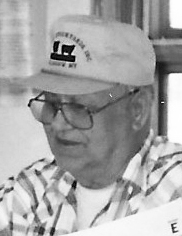 Aldon Charles Bergtoll, 86, passed away peacefully on Monday, July 31, 2017, at the River Stone Hospice House in Billings, Mont., from complications of a massive stroke.

A brief graveside service will be held Wednesday, Aug. 16, at 2 p.m., followed by a luncheon at the Senior Citizens in Glasgow.

He was the the oldest son of Chas and Anna Bergtoll. He was a long-time resident of Opheim and Glasgow.

He was a farmer and rancher. In his later years, he loved going to auctions and was a regular at the Glasgow Stockyards. The Senior Citizen Center became his second home.

He was preceded in death by one sister, Betty Larson.

Survivors include two sisters, Alvina Johanson and Delores Finley, both of Billings; Leo Bergtoll of Saco; and numerous nephews and nieces.

Memorials can be sent to the Senior Citizens Center in Glasgow.