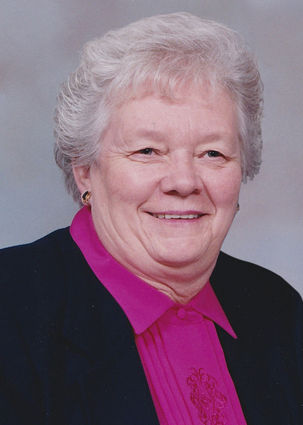 She was born to George W. and Bella J. (Rorvig) Grayson on June 11, 1929, in Williston, N.D. She lived in Loring, Mont., for her first few years of life and then moved to Wolf Point, Mont. She graduated from Wolf Point High School in 1947.

On Christmas Day 1949, she married the love of her life, Robert E. Schaale. They were married for 60 years, until Robert's death in 2010.

She lived in Glasgow for 30 years, where she and Robert raised their four daughters.

She attend college at Concordia College in Moorhead, Minn., and Western Montana College in Dillon. In addition, for seven years she and her four girls would spend the summer in Havre, while she attended Northern Montana College, where she completed her BA in Education. Over the entirety of her teaching career, she taught in Scobey, Fortine and Glasgow. While in Glasgow, she taught special education and elementary grades. Summers not spent in pursuit of her teaching degree, were spent at the family cabin on Glen Lake in western Montana.

After becoming legally blind in 1981, she retired from teaching. She served on the Montana Association of the Blind for several years at the request of Governor Ted Schwinden.

She was an optimist and had a fierce independence. She treated her loss of sight as an inconvenience rather than a disability. She continued to bowl, golf and play cards. She loved nothing better than playing games with her grandkids.

In 1985, she and Robert retired to the family cabin on Glen Lake, where they spent many hours remodeling the cabin, making it a beautiful home. She loved the lake, the beauty in the golden Tamarack trees, the snow silently layering the fence posts, the beautiful sunsets reflecting off the water and the call of the loons.

She and Robert also spent 10 winters in Quartzsite, Ariz., where she enjoyed listening to live country music and visiting with good friends, old and new.

She is preceded in death by her husband, Robert; father; mother and sister.

She loved the Lord and was a wonderful role model. She lived her life with integrity and strength, humor and compassion, and a kitchen open to anyone. She was deeply loved by her family as well as many students and friends.

Memorials can be made to Holy Cross Lutheran Church, Eureka, or a charity of your choice.