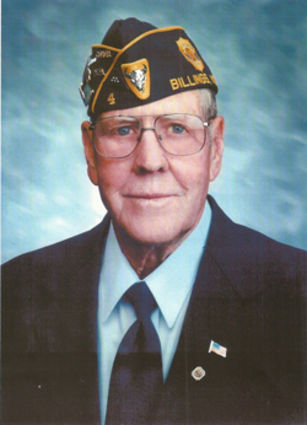 Funeral services will be held at 11 a.m., Saturday, July 29, at the Cremation & Funeral Gallery in Billings, followed by a reception at the American Legion at 1540 Broadwater Avenue in Billings.

He was born Jan. 12, 1931, in Lustre, Mont., to Isak and Christine (Ersland) Waarvik. He attended the Cottonwood Grade School and graduated from Opheim High School in 1948. He attended Montana State University for welding and mechanics.

In 1951, he enlisted in the Air Force, spending three years stateside and one year in Dhahram Air Force Base in Saudi Arabia.

In 1968, he married Betty Ann Allensworth. She passed and later he married Wanda Thompson, formerly of Billings, in 1985.

He was a truck driver most of his life, retiring from Amoco Oil in Casper, Wyo. He moved to Billings and later spent winters in Yuma, Ariz. He loved animals and enjoyed fishing, camping and dancing. He served as commander of the American Legion Post #4 in Billings and was a member of the Sons of Norway.

He was preceded in death by his parents; two brothers, Leroy and Raymond; and wives, Betty and Wanda.