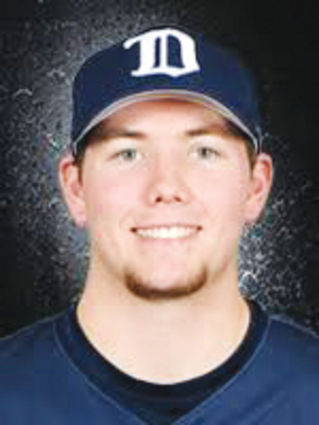 Former Glasgow Reds and standout Scottie athlete Keil Krumwiede, who graduated from GHS in 2015, has committed to play college baseball at the University of Nebraska – Omaha.

After high school, Krumwiede attended MSU-Billings where he red-shirted for the Yellowjackets, then he spent a summer playing in the Arizona Collegiate Summer League.

In 2016, Krumwiede enrolled at Des Moines Area Community College (DMACC) and played for the Bears. Since his graduation from DMACC, Krumwiede has been playing for the Swift Current 57's in Saskatchewan, Canada. The 57's are currently tied for first in the league with the Regina Red Sox.

Krumwiede is pursuing a degree in Business Finance.