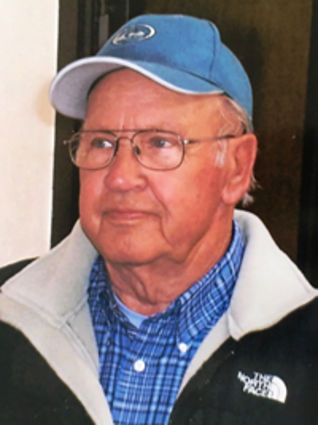 He was a child of the great depression, whose parents homesteaded along the Hi-Line, north of Hinsdale, Mont. His parents were John and Ella, and he was one of 10 children raised near and in Hinsdale. John and Ella also had parents, siblings and cousins that lived, worked and homesteaded in the area, all of which influenced his character and had some role in determining the man he would eventually become.

The family will receive friends from 4-6 p.m. on Wednesday, July 12, at Anderson Stevenson Wilke Funeral Home, 3750 N. Montana Ave., Helena. A Funeral Mass will be celebrated at 12 p.m. on Thursday, July 13, at the Cathedral of St. Helena, 530 N. Ewing St., Helena. A reception will follow Mass in the Brondel Center of the Cathedral. Rite of Committal will follow the reception at Resurrection Cemetery.

He was born into the life of a rancher and farmer, which he fully embraced. He lived most of his early life in the saddle, and was a horseman and cowboy throughout his entire life.

He married Marion Elizabeth Fraass on June 3, 1950. The couple lived and worked in Helena until they moved to their ranch north of East Helena. The ranch was the center of family life from that point forward, and it was where they raised their family. He and Marion also worked at jobs away from the ranch, and upon retirement they moved back to Helena.

He and Marion joined the St. Helena Cathedral Parish after returning to Helena, and he volunteered time in support of Resurrection Cemetery for the diocese.

His family, as well as his extended family, spent time on the ranch haying, working cattle, raising and riding horses, and taking full advantage of all that Montana had to offer. He and his many siblings communicated closely throughout their lives, and had many family gatherings at holidays, vacations and just about any occasion.

He avidly followed local, national and world events. He was a fan of rodeo and country music, and he never found an old tractor or truck he didn't like when attending an auction. He liked anything to do with agriculture, but his focus was cattle and by extension, horses.

After retirement he partnered with long-time friend Louis to provide guided pack trips into the Bob Marshall Wilderness. The duo used mammoth mules for part of their pack string, which proved to be endlessly interesting and entertaining to them both.

He was preceded in death by his wife, Marion; his parents, John and Ella; seven siblings, Jack, Betty, Adel, Ella Mae, Robert, Lorraine and Helen.

Survivors include three children, Kathy Schmidt and her husband, Steve, Jack Dartman and his wife, Kate, and Dan Dartman and his wife, Anne; sisters, Jackie Jean and Beverly; seven grandchildren, Alec, Jenna, Ella, Hanna, Sam, Gertrude and Xavier; and many wonderful nieces and nephews that enriched his life.

Tom's family extends its gratitude to St. Peter's hospital, medical staff and its hospice team for the tremendous care provided to Tom, and support provided to his family.

In lieu of flowers, memorials in honor of Tom are suggested to Resurrection Cemetery, P.O. Box 1729, Helena, MT 59624. Please visit http://www.aswfuneralhome.com to offer the family a condolence or to share a memory of Tom.