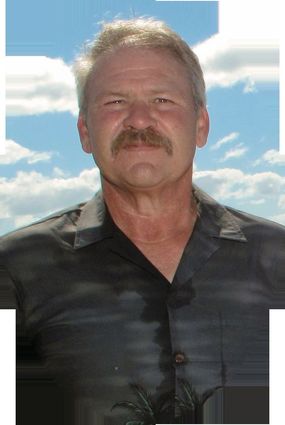 Keith Wynegar, 59, a man of many talents and a longtime resident of Glasgow, Mont., died unexpectedly Thursday morning, July 6, 2017, in a car accident while on his drive to work.

He was born in Wyandotte, Mich., on Feb. 9, 1958, to Frank and Betty Wynegar. He was raised in the area of Great Falls, Mont., and moved to Glasgow in 1984 for a job and spent the next 33 years with Glasgow being his home.

He was a man of many skills and talents. There wasn't anything that he couldn't do well when he set his mind to it. Some of his best-known skills included cooking simply elegant meals, his knack for growing and farming and his eye for detail and commitment to high-quality workmanship. He had a passion for hunting, especially birds. He found peace and joy being down by the water, either hunting duck or fishing. He loved coffee and had an intense sweet tooth. The most important thing for him was time spent with family and friends and in the last year of his life, Christian faith became of great value and importance to him.

Those who had the opportunity to really know him, knew that he was a generous and caring man with a tender heart. He would gladly help others with any need, even if it meant he would go without. He will be deeply missed by his family, friends and those who had a chance to know him.

He is preceded in death by his parents, Frank and Betty Wynegar, and one brother, Larry Wynegar.

A celebration of Keith's life was scheduled for 4 p.m. on Tuesday, July 11, at the First Baptist Church (701 4th Avenue South) in Glasgow. Immediately following the service, a light meal was served to continue the celebration of his life.