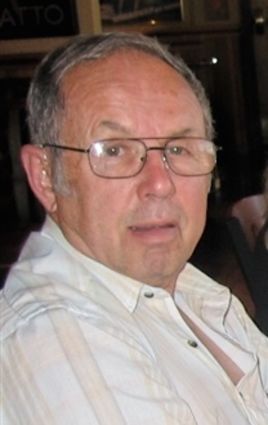 Join us for a celebration of his life at 11 a.m. Saturday, June 24, at Peace Lutheran Church in Billings.

He was born in Glasgow, Mont., on March 18, 1940, to Ben and Martha Decker. He grew up in Frazer and graduated in 1958, and later served in the Army National Guard. He married Ellen (Dee) Crants in Wolf Point in 1963, and they were blessed with three beautiful children, Susan, Tracey and Craig.

Work took him and his family to Wolf Point, Glasgow, Chinook and Whitefish, before coming to Billings in 1974. He began commercial beekeeping with apiaries in Huntley and Bridger, combining them into one shop near Laurel, Beartooth Apiaries, in 1988. He loved beekeeping and developed many friendships over the years with his employees, local landowners and fellow beekeepers in Montana and California. He enjoyed giving presentations at his children's schools, using an observation hive at show and tell. He reluctantly retired for health reasons in 2003.

He also had a fun side and liked to joke around. He loved Montana and being outdoors, hunting, camping and boating. He had a spot-on Jack Nicholson impression ("He-e-e-re's Johnny!" from The Shining, brought to life in our kitchen). No one stayed a stranger for long around Jim, but instead of talking, he often preferred listening, saying that he learned more that way. He will be missed by so many.

When diagnosed with Parkinson's in 1996, his comment was, "Well, it's not what I would have wanted, but it's what I've got." He handled his 21 years of PD with patience and dignity. He and Dee were active in the Parkinson's Support Group in Billings for many years.

He was preceded in death by his parents; one brother, Richard; and one nephew, Evin Hertsgaard.

He is survived by his wife, Dee; two daughters, Susan (Dean Peterson) and Tracey (Andy Mast), all of Littleton, Colo .; one son, Craig, of Billings; two sisters, Gerri (Cliff Wrobetz) of Belgrade, Mont., and Jeannie (Tom Hertsgaard) of Hemet, Calif .; four grandchildren, Palmer and Delaney Peterson of Littleton, Devon Decker and Jared Eves of Billings; and many nieces and nephews.