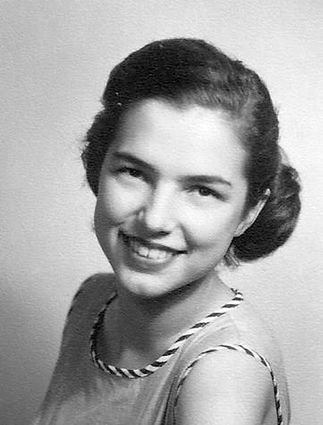 There will be a private family graveside service in Dodson.

She was born Feb. 27, 1936, to Lloyd and Mary (Lemp) Tribby in Dodson. She attended Dodson Public School and graduated at the age of 16.

On March 20, 1954, she married Dale A. Dopp of Wagner, Mont. They had two children, a daughter, Janet, and a son, Lloyd. She held various jobs, but stopped working to care for her husband until his death in 1988.

She was a member of First Lutheran in Glasgow. She was a well-loved and respected mother, grandmother, great-grandmother and great-great-grandmother. Even after her battles with heart complications, cancer, shingles and a stroke, she never ceased to amaze us with her courage and optimism. She was an avid reader, but her real claim to fame in the family was her apple pie and banana bread.

She was preceded in death by her parents, Lloyd and Mary (Lemp) Tribby; her husband, Dale Dopp; one sister, Vi Hoover; and two brothers, George and Pete Tribby.

The family wishes to extend their thanks to sister-in-law Sally Tribby as well as Julia and Kim Martens, who were significant in making her last year truly special.