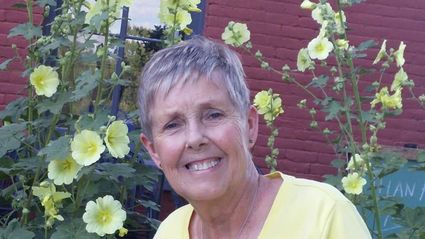 A Celebration of Life ceremony will be held at 2:30 p.m. on Thursday, May 18, at Immaculate Conception Church (1223 16th Street) in Fort Benton followed by a gathering of family and friends at the Montana Agricultural Museum (1205 20th Street).

She was born in Glasgow, Mont., on May, 25, 1946, to Donald "Bing" and Anne (Ihnat) Burns. She grew up and attended elementary school in Fort Peck. She attended high school in Nashua, graduating in 1964. It was in high school that she met her soulmate and love of her life, Michael O'Connor.

After high school graduation, she attended Eastern Montana College in Billings, and graduated in May of 1968 with a degree in elementary education. During college, she made many life-long friends. In recent years, she enjoyed an annual summer gathering of her friends (the BBBs).

On June 29, 1968, she and Mike were married in Glasgow. She taught second grade in Glasgow before moving to Havre in 1969, where she taught third grade at Saint Jude's Catholic School. In May of 1971, they welcomed their daughter, Kristi.

In 1972, the family would move to Great Falls for one year before relocating to Fort Benton, where Mike was promoted to town manager for the Montana Power Company. Fort Benton would be the place they would call home. In April 1975, their son, Brent, was born. Maryann continued to be a full-time mom and substitute teacher at Fort Benton Elementary. In 1982, she returned to full time teaching and enjoyed her fourth-grade classroom until her retirement in May 2008.

She lived by the motto, "One day at a time." This motto served her well as she navigated through the many ups and downs of life. She was diagnosed with metastatic breast cancer in January of 2008. Her strong will, positive energy and the support of her family, friends and the community of Fort Benton helped her to outlive the odds of her diagnosis.

She touched the hearts of many. Through the years, she developed many life-long friendships. Their love and support was evident over the last few months as her health rapidly declined. She will be remembered for her amazingly positive attitude and strength, her love of family, friends and animals, her compassion for children, and of course for her favorite color, blue.

She was preceded in death by her parents, Donald and Ann Burns; two brothers, Daniel and Thomas; and her in-laws, Loren (Larry) and Helen O'Connor (Miller).

Survivors include her husband, Michael, of 48 years; a brother, Donald and his wife, Joan; a daughter, Kristi and her husband, Dwynn; a son, Brent, and his wife, Lauren; six grandchildren; sisters- and brothers-in law; and many cousins, nieces and nephews.

In lieu of flowers, Maryann would be pleased with a donation to the Chouteau County Cancer Support Group or the Deadman Animal Shelter and Foundation.